Ken Rohla is a natural health educator and inventor from New Smyrna Beach, Florida, specializing in rejuvenation and cellular regeneration using raw and sprouted vegetarian food, herbs, food-based natural supplements, detoxification, emotional healing, reprogramming of limiting unconscious beliefs, ancient esoteric techniques, and cutting-edge science. Formally educated in electrical engineering and computer science, Ken worked for 23 years in the medical industry, from the patient level drawing blood in hospital emergency rooms, to the national policy level, showing health care executives how to implement technology, as computer operations manager for the North Carolina Hospital Association. In 1993, at the age of 32, Ken was first exposed to natural healing in a search to cure severe hypoglycemia and other health problems he had acquired from a lifetime of poor diet and lifestyle. Eight years and many thousands of dollars later, after trying just about every diet, product, potion, and pill available, Ken found permanent success with living food nutrition and detoxification. After repeated requests from friends to share what he had learned, he began teaching workshops on detoxification and rejuvenation in 2003, and demand for his services exploded.

-Synergistic relationship of plants and their roots.  First plants that establish are robust weeds, which send tap roots down and bring minerals up to the surface, preparing the way for plants with more fragile root systems.  Once established, roots secrete chemistry to attract specific bacteria and break down the soil, create fulvic and humic acid, and break down soil into small particles that roots can uptake.  Is why minerals in food form are more bioavailable and better than from supplements.

-Plants and trees are fractals, are branching.  There’s a lot of symmetry amidst the chaos in the world because of the recursive fractal structure.  Superluminal light spirals around, slows down, and turns into electromagnetic energy or into matter.  Can enhance these pathways by eating foods high in monoatomic elements and high in superconductivity.

-Deadpan soil like in Texas and Arizona are very rich in bionutrients which aren’t bioavailable.  Inorganic minerals can be broken down by using EM organisms or by a soap-based product mentioned on Ken Rohla’s YouTube “Food and Thought” that is also very effective on parasites in the body.

-We need to be using ancient methods of making unbioavailable soil bioavailable.

-Ken explains the chemistry of how his Water Vitalizer Plus works to structure water and how structured water hydrates.

-Are homeopathic residues of drugs in our tap water.

-Ken’s story of being infected by rabies by carrying a neighbor’s dog who was attacked by a rabid wild boar.  Tested negative after consuming lots of Echinacea and keeping his consciousness positive.  A pivotal decision that cemented his belief that we create our reality consciously.

-Ken gives his ideas on weather modification, geo-engineering and their role in today’s culture.

-Can hurricanes be geoengineered?  Yes, geoengineering is not even covert or a conspiracy.  With Matthew, Harvey and Irma, there were massive longitudinal wave patterns and fractal patterns in the clouds in these storms at certain times that do not occur naturally, which is a classic sign of scalar interferometry, which is used for weather modification.  Google “Owning The Weather by 2025”.  They want to control the global weather by 2025.  YouTube Ken Rohla “Free Your Mind”. Aim of convincing the public of global warming so they can spray toxic chemicals.  Also military and political applications.

-In 2011, Japanese Minister of Finance said US used scalar weapon to create the Fukishima earthquake plus two prior ones, to blackmail Japan into economic policies against China.

-Ken has cleared pollution within a 75 mile radius with his shield technology.  Clearing pollution alters the charge in the atmosphere.  Extreme weather is created by the air trying to clear itself.  With the use of counter technologies, storms occur less frequently, have less strength, and dissipate when they hit the clean areas.

-Free Your Mind Conference includes Ken Rohla speaking on how to protect yourself.

-May be more than one chemtrail program.  Metal particulate spraying is from extra-governmental organizations with very advanced technologies.

-The Milky Way Galaxy is one of 100 billion galaxies, each with a ginormous number of stars.  Given the fractal recursive nature of the universe, the mathematical probability is that there is a lot of life other than on earth.

-Controlling people to harvest their energy, with the proceeds being funneled into a small number of people at the top.

-Aloe is about 5% monatomic gold, which is Ormus.  Is why it’s so successful at healing.  It plugs into the pineal gland, the brain neural pathways, the nervous system, the acupuncture meridians, and the DNA and raises superconductivity, which strengthens the mind-body connection and your genetic pattern, which is ultimately the source of your consciousness.  It makes the genetic pattern come through and express through the DNA.

-DNA is a super-conducting fractal antennae.  Dr. Bruce Lipton showed there are protein structures that stick up from cell membranes that act as antennae and pick up fields that regulate the function of the interior of the cell.  They are picking up the scalar energy of our own consciousness.

-How much iodine to take? Checking the thyroid through basal body temperature – should be 97.8 first thing in the morning.  Measure body temperatures in relationship to iodine dose.  See if iodine disappears from a spot on the skin.

-The role of iodine and thyroid health.  Low levels of radiation can accumulate in the thyroid over time.

-Sweating for detox and far infrared technology in our sauna for the heart and detoxification.  Heart disease is a mineral deficiency most of the time, particularly calcium and magnesium.  Mg allows the muscles to rest, and if the body and the heart can’t rest completely, they get overworked and stressed and you have a heart attack.  The sauna won’t flush out organic minerals from the body, only inorganic minerals, toxins, and heavy metals.  Infrared light destresses the nervous system.  Supplement with bioavailable minerals to get rid of arrythmias.

-People are living in fear during the hurricanes.  Stay out of fear but make prudent decisions and be prepared.   Don’t be stupid-leaving may be the prudent action to take.  Most damage is from the flooding, not the wind.   Even if a natural disease, it gets turns into a mass trauma event, which is used to program people.   Trauma creates right and left hemisphere separation, which opens you up to programming and suggestion.  It is the body’s safety mechanism to disassociate from the trauma event so it doesn’t prey on your mind constantly.

-Nobody wants to recognize they’re being mind controlled.

-Norma asks: does Morgellon’s live forever in your body?  I have 5G network and my plants are dying.  What can I do?  Morgellon’s is caused by a cross domain organism – a GE cross between a fungus and a bacteria being sprayed in the atmosphere.  People that get the symptoms are acidic and low oxygen.  Eat a diet high in chlorophyll and low in starches and sugars.   Use detoxifiers -MMS, accelerated silver, iodine.  Electronic parasite zapper for severe cases.

-Rest Shield or Home shield device will protect against 5G.

-How to get rid of mold from the body?  Go to Fresh and Live article on staying healthy in an era of geoengineering and GMOs.  Same advice as for Morgellon’s.  Eat foods low in starches and sugar, high in water, plant-based, high in chlorophyll.  Stay away from grains and acidifying foods like meats, cooked foods, and do parasite and pathogen cleansing.

-If a house has been flooded, open up the walls to expose the 2x4s to the level affected by water.  Conventional mold treaters will apply toxic chemicals, which is not a good idea because they will attract mold and mildew later on, because their role is to break down toxins.  Instead use probiotic bacteria – EM1 or Probio Balance.  Mix 1 qt. into a 5 gal bucket with 1 qt. blackstrap molasses, ferment for 3 weeks at 95 degrees, dilute heavily, spray where there’s mold or mildew.  Or blast an unoccupied house with an industrial ozonator for 24 hours.  Mold generally likes dark, warm, moist places.  Can get rid of mold completely and nontoxically without using bleach and toxic chemicals.

-Ivan asks if a person is eating a mostly vegetarian type diet and is experiencing an achy ulcer type pain causing sleep disruption and insomnia for several years, is it more important better to find something to restore sleep first, or would that be masking the symptoms?  Get meaningful diagnostics to know what is going on.  Screen with quantum biofeedback devices.  Hair analysis for heavy metal toxicity.  Then guidance from a health care practitioner.

-Margaret asks about taking organic liquid silica.  Depends on the form it’s in.  Must be bioavailable, otherwise it’s a toxin.  Is in certain herbs or foods.  Ken uses Angstrom brand minerals silica.

-Irma doesn’t do well with raw vegetables.  Would Ken recommend systemic enzymes away from food?  Massive doses of enzymes has cured people of that intolerance.  Take an enzyme that has a broad range of enzymes in them about 30 minutes before eating.

-The following may be a list of the best blood tests to take for thyroid function.  Always check with your health care practitioner in these matters:  TSH,  Total T3,  Free T3,  Reverse T3,  Free T4.

-Use coupon code ONERADIO for 10% off Ken’s products.

Ken Rohla with lots of cool information on taking care of ourselves in 2017, September 18, 2017 Part One

Ken Rohla with lots of cool information on taking care of ourselves in 2017, September 18, 2017 Part Two

'Ken Rohla and Preparing for the Worst and Expecting The Best in Life – September 18, 2017' have 4 comments

George Altgelt – Why the Bees and Other Pollinators are Dying – August 28, 2017 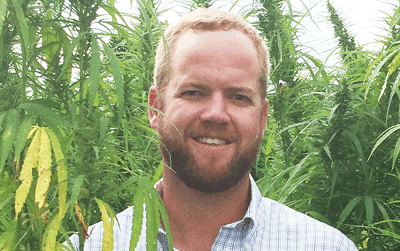 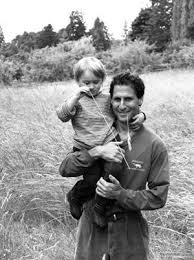