Ken Rohla is a natural health educator and inventor from New Smyrna Beach, Florida, specializing in rejuvenation and cellular regeneration using raw and sprouted vegetarian food, herbs, food-based natural supplements, detoxification, emotional healing, reprogramming of limiting unconscious beliefs, ancient esoteric techniques, and cutting-edge science. Formally educated in electrical engineering and computer science, Ken worked for 23 years in the medical industry, from the patient level drawing blood in hospital emergency rooms, to the national policy level, showing health care executives how to implement technology, as computer operations manager for the North Carolina Hospital Association. In 1993, at the age of 32, Ken was first exposed to natural healing in a search to cure severe hypoglycemia and other health problems he had acquired from a lifetime of poor diet and lifestyle. Eight years and many thousands of dollars later, after trying just about every diet, product, potion, and pill available, Ken found permanent success with living food nutrition and detoxification. After repeated requests from friends to share what he had learned, he began teaching workshops on detoxification and rejuvenation in 2003, and demand for his services exploded.

– Ken talks about scaler energy, what it is and the sun

–  Ken gives some ideas on how to build your own water structuring device at home.  He says it will do the job, not quite as sophisticated and functional as the one he makes and we promote…but, worth the effort indeed.

–  We dig into water, hydration and the PH of water

–  The power of fermentation and how to easily leverage your nutrients using fermentation.

–  Ken likes a version of MMS, Chlorine Dioxide, that is available on Keavy’s Corner than the original, says it is much easier and more pleasant to take. 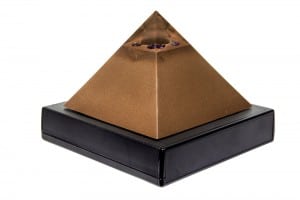