I’m going to discuss the European divorce today. The 1981 hit “the Breakup Song’ from the Greg Kihn Band is an apt song currently.
https://www.youtube.com/watch?v=VLFfSDEA26o
I believe that the chatter being spouted regarding the apparent breakup between the Eurozone and Britain is just noise. The reason is that Brexit is just another symptom, not the cause of anything. Is it that hard to understand? It’s just a symptom of the crushing global debt load that the world has built up over the last 80 years. But of course, all of the usual clowns are out once again to claim that now Brexit will cause the economy to collapse and stock markets to crash and gold to soar. Once again Brexit is a symptom, not the cause. All of the trends were in place before Brexit . Nothing has changed. In the pre-Brexit post entitled “Anticipation”, I explained that the way I keep sane and have the ability to act rather than to react, is by being prepared and also by having a plan. That plan depends on the TREND of the market – specifically, I believe that the TREND in stocks is down, the TREND in gold is up, and the TREND in the US$ is up.

So what was my positioning going into Brexit : short US and European stocks in my trading account. And in my investment account: heavily long gold and the mining stocks, heavily long US$ split between cash and US govt. bonds, and a long position in agriculture via the RJA ETF. And my strategy going forward hasn’t changed one bit. The only thing that I’ve done post-Brexit (besides some very short term trades) was to cover my short position in Europe via the ETF symbol FEZ. (Also my favorite Steely Dan song.)
And for those asking questions about my constant repetition about SUPPORT areas – here’s a real world example. As you can see from the first chart below of FEZ, the lows around $30 between Jan. to March, with the spike in volume – that’s your SUPPORT area. That’s the area that I was targeting to cover my short position. The market gave me that opportunity on Monday and I took it. I had a plan and I was able to act, instead of reacting. Going forward, I will re-short it into strength, if the opportunity arises.
As to the second chart below showing the three year chart of the Dow, you can see that for the last 18 months there’s been a range between 15,500 and a bit above 18,000. I believe that it’s distribution – meaning a topping process, and I’m still short. I will look to cover into more weakness, or short more into strength.

As to both gold and the US$, I believe that they’re both in UPTRENDS, and I’m waiting to buy more, if the opportunity arises. Meaning buying into weakness. As to agriculture, that’s the one that’s getting interesting, If we see one more selling wave with decreasing volume, that’s a potential opportunity to buy more.

And lastly, to the latest mantra claiming “you see Brexit is going to cause stocks to crash and the economy to collapse”. That’s so misguided. They think that stocks are going to crash. A large selloff is possible, but stocks are no way in a bubble, The collapsitarians are looking at the wrong market to freak out about. It’s when the global bond market begins to crater – that should be their focus. And early signs should appear second quarter next year coinciding with helicopter money.
So please develop a plan for yourselves and your families – it’s going to get very ugly beginning this fall and beyond. Like in the movie “Under Siege 2”, we’re all on a runaway locomotive with no possibility to stop it. 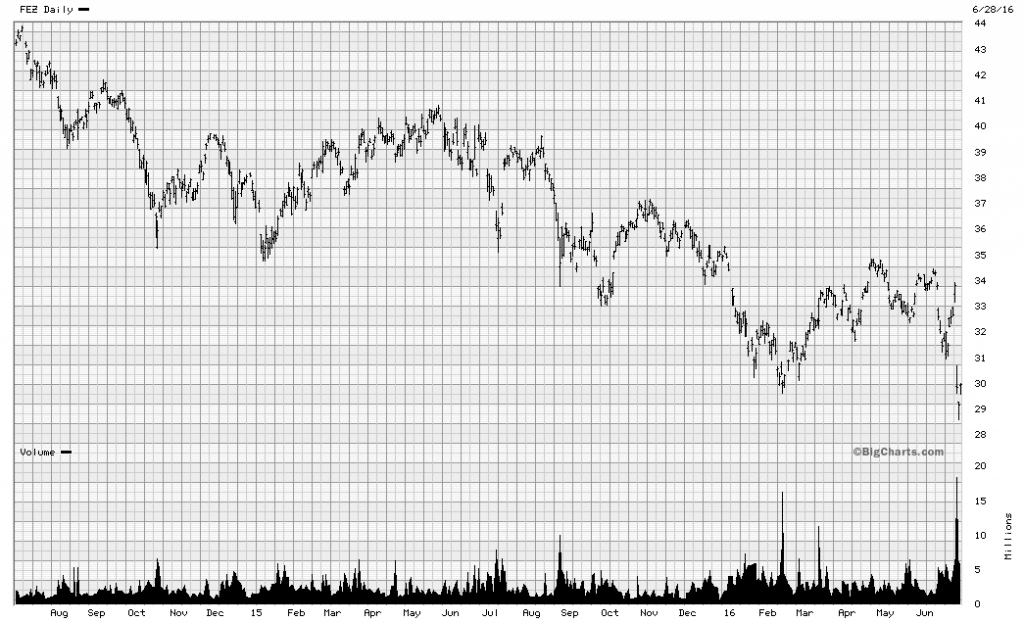 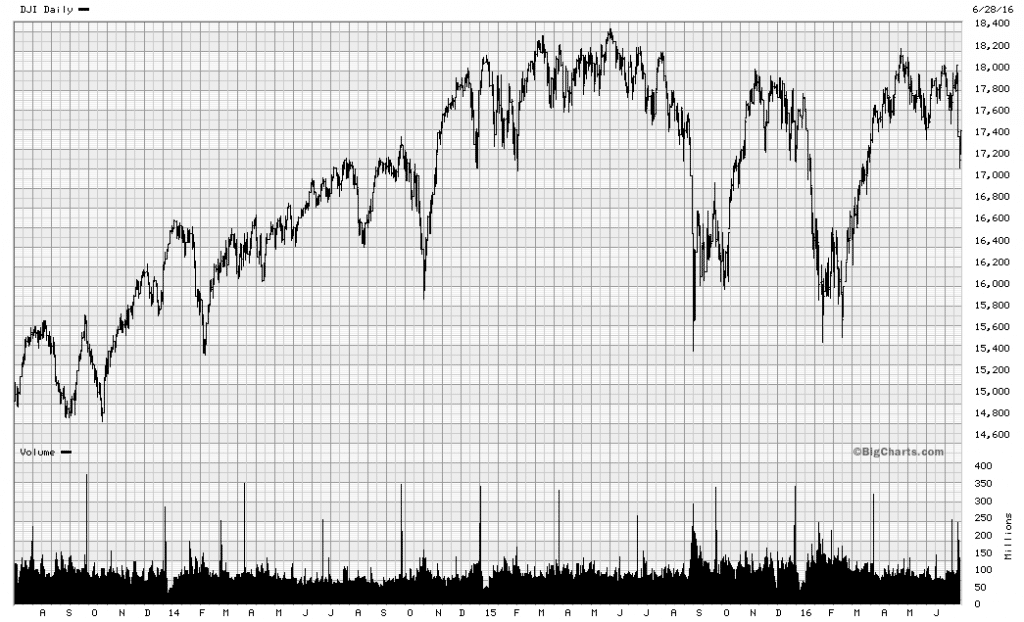