I am extremely concerned about the tremendous complacency in all markets presently occurring thanks to the opiate like effects of the massive and unrelenting monetary experimentation. The global central banks have turned almost all market participants into the equivalent of a freshman cheerleader drinking straight Everclear Vodka at her first toga party.

And I’m especially concerned about the global stock markets, but concern is not a reason to short anything. Concern is just a human emotion – it is not a strategy for being in markets, any markets.

I currently have no position in the general stock market. My plan is to wait for the first good sized selling wave. If there’s a concomitant rise in trading volume, I will then likely short into strength and at RESISTANCE, but ONLY into the ensuing rally.
I’m personally focused on the miners for this current phase of the massive gold bull market. The overall monster bull market in gold commenced on July 20, 1999. There was a 51 month bear phase which I believe ended on Dec. 17, 2015. I do not believe that the overall massive bull market will end until around 2050. However, there will be many major selloffs along the way. So let’s not be foolish and just blindly buy PMs. RISK is ALWAYS the #1 consideration. Anyone who survived the brutal bear market in PMs, especially the miners and also silver, can attest to the total despair that they went thru from 2011 to Dec/Jan 2015. But I do believe that this current bull phase in PMs will last until 2020. And I will not give price projections because I do not want to get anyone (including myself actually) too bullish. That’s when we do dumb things. Currently the PMs are in correction mode with large, but declining volume. I already have a big position in PMs, and, on an investment basis, the PMs need to go much lower before I’d be interested in buying. But for those folks with little or no PMs, use price weakness to begin buying.
Below are two daily charts – the Russell 2000 and gold futures. I have drawn in some shorter term and intermediate term SUPPORT and RESISTANCE areas. 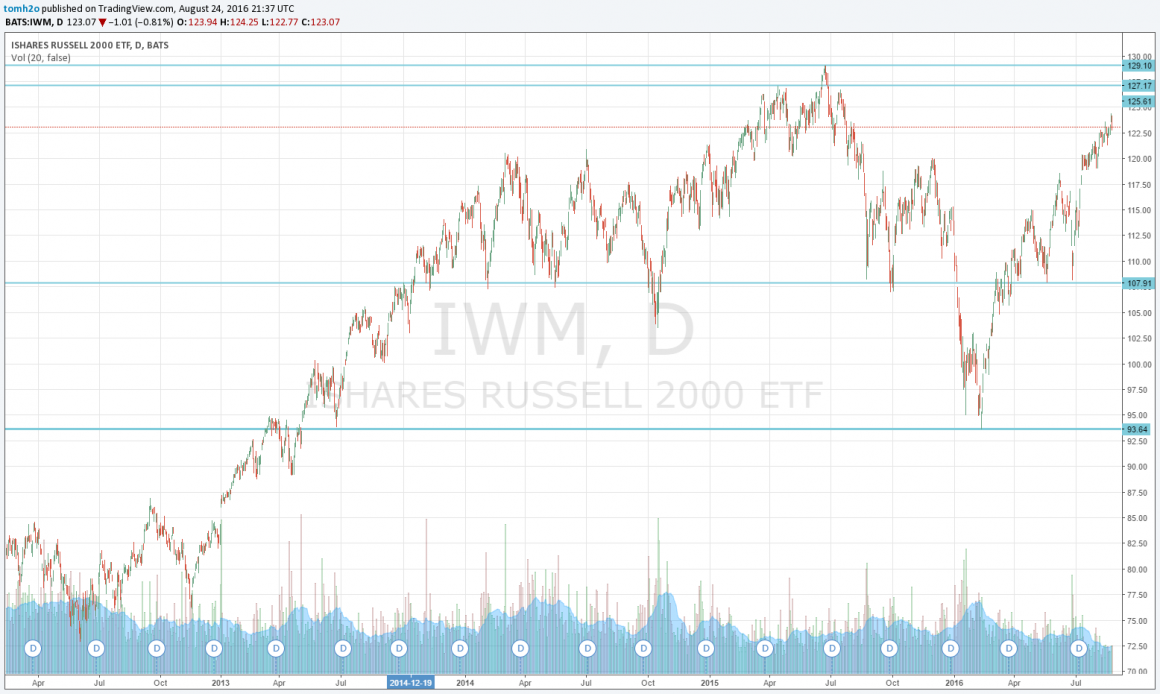 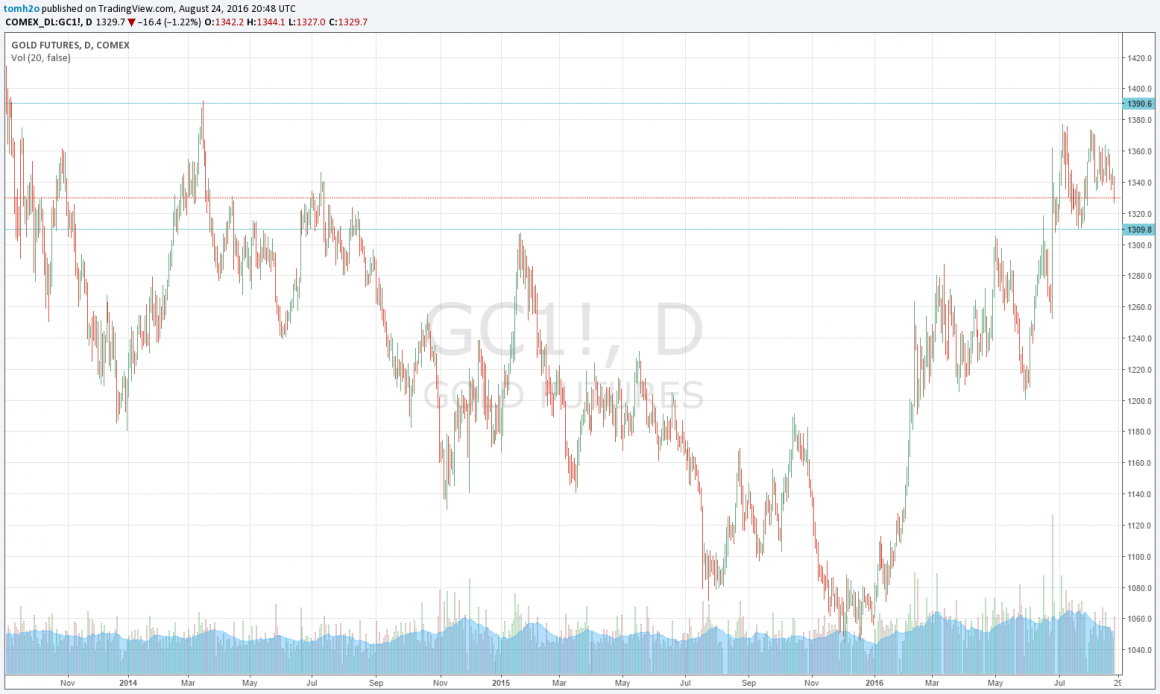