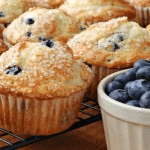 (NaturalHealth365) Organic food consumption is at an all-time high in the United States primarily due to wider consumer education about the dangers of chemicals, pesticides and other additives found in conventionally grown and processed foods. According to the U.S. Department of Agriculture (USDA), three in four grocery stores stock organic products, and organic foods account for approximately 4 percent of all food sales in the U.S. In a 2014 Gallup poll, nearly half of all Americans – 45 percent – said they actively try to include organic foods in their diets.

People who consume organic foods typically do so because it is better for personal and environmental health. Unfortunately, the lack of chemicals used to treat organic foods does not necessarily make them safe. In fact, there are some common food additives found in organic foods that could be causing serious health complications to unsuspecting consumers.

A study published in Nature, from researchers at Georgia State University, found that one particular type of additive – “emulsifiers” – altered the balance and composition of gut bacteria and also produced an inflammatory effect in the bowels. During the study, mice that were fed a diet including emulsifiers not only experienced intestinal inflammation, but also experienced thinner quantities of intestinal mucus, allowing bacteria closer to the intestinal wall.

In addition, mice that consumed foods and water containing emulsifiers experienced weight gain and developed more abdominal fat. These short-term effects mimic the symptoms of metabolic disease, which has been shown to increase the risk of type-2 diabetes, heart disease and stroke. While metabolic syndrome has long been linked to overeating, this study suggests that common food additives – even those included in some organic foods – may play a contributing role.

Understanding emulsifiers and identifying them in organic foods

Many people are surprised to find that there are emulsifiers in organic foods. However, many USDA certified organic foods are also processed and contain approved emulsifiers that are used to change the texture of a food, making it thicker and creamier. Examples of organic foods that may also contain emulsifiers include ice cream, almond milk, creamy sauces and certain baked goods.

While there are many food additives allowed in organic foods, one emulsifier in particular – carageenan – has come under fire for inflammatory effects on the digestive system. Research has shown that carageenan can wreak havoc on gut health, potentially causing autoimmune reactions similar to colitis, as well as other health complications. Despite the fact that carageenan has no nutritional value and has inflammatory effects, the USDA and food manufacturers justify the use of this additive because it is naturally derived.

Unfortunately, consumers cannot rely on the USDA and organic manufacturers to identify healthy foods. You cannot toss just any USDA organic food product into the grocery cart and assume everything in it is safe. Emulsifying food additives cannot be presumed harmless. So, before you purchase your next carton of almond milk or ice cream, check to ensure emulsifiers aren’t on the label.