An Unconventional and Successful Way of Farming
Joel Salatin is a full-time farmer in Virginia’s Shenandoah Valley. A third generation alternative farmer, he returned to the farm full-time in 1982 and continued refining and adding to his parents’ ideas.

He holds a BA degree in English and writes extensively in magazines such as STOCKMAN GRASS FARMER, ACRES USA, and FOODSHED.

The family’s farm, Polyface Inc. (“The Farm of Many Faces”) has been featured in SMITHSONIAN MAGAZINE, NATIONAL GEOGRAPHIC, GOURMET and countless other radio,television and print media. Profiled on the Lives of the 21st Century series with Peter Jennings on ABC World News, his after-broadcast chat room fielded more hits than any other segment to date. It achieved iconic status as the grass farm featured in the NEW YORK TIMES bestseller OMNIVORE’S DILEMMA by food writer guru Michael Pollan and the award-winning film documentary, FOOD INC.

A sought-after conference speaker, he addresses a wide range of issues, from “creating the farm your children will want” to “making a white collar salary from a pleasant life in the country.” A wordsmith, he describes his occupation as “mob-stocking hervbivorous solar conversion lignified carbon sequestration fertilization.” His humorous and conviction-based speeches are akin to theatrical performances, often receiving standing ovations.

-Are consumers too ignorant to make good food choices? The government thinks so

-Joel tells us about Polyface Farms: Open 24 hours a day to all who wish to visit; sounds like a great field trip for the kids

-The terrifying autism rates and the increase of herbicides

-Salad bar beef: Joel tells us how he pastures his cows, chickens and pigs

-What’s the difference between a chicken and a duck egg?

-The fat is where the flavor is? If that’s so, then why is Joel’s lean beef so tasty?

-The beauty of crock pot cooking 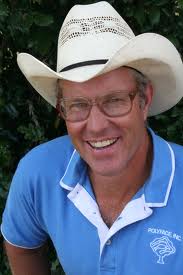 Read about Polyface in TIME Magazine!! http://www.time.com/time/magazine/article/0,9171,2096846,00.html
Sneak peek at the soon to be released ‘Polyfaces’ documentary!! https://heenandoherty.worldsecuresystems.com/Polyfaces

Some of our favorite ‘farmer friendly’ links are http://www.farmaid.org/site/c.qlI5IhNVJsE/b.2723595/k.EE67/Family_Farmers_Good_Food_A_Better_America.htm and http://www.farmtoconsumer.org/

'Joel Salatin – An Unconventional and Successful Way of Farming – January 15, 2015' has no comments