What in the World are they Spraying and Why?

Dane Wigington has an extensive background in solar energy. He is a former employee of Bechtel Power Corp. and was a licensed contractor in California and Arizona.

His personal residence was feature in a cover article on the world’s largest renewable energy magazine, Home Power. He owns a 1,600-acre “wildlife preserve” next to Lake Shasta in northern California.

-Global dimming: We now have 22% less energy coming in from the sun

-Geoengineering is the single greatest cause for the weather changes

-Particulate trails: The pharmaceutical cure for planet earth which is more destructive than the disease

-Freaky weather and what happened in Amarillo, TX just days ago

-Shredding the ozone: Is it really hairspray cans or something else?

-The skewed data on High and low temperatures

-Why we should be getting more rain, not less

-Chemtrails are the most immediate threat to planet earth

-Methane mass expulsion from the arctic

-The increased UV is killing phytoplankton

-The importance of chelating mercury

-Who’s behind geoengineering and how can we stop it?

-IS there a solution? Dane thinks there is and explains

-Nanoparticles and our health

Did you miss Part 1 of this SPECIAL geoengineering show? Click here to listen 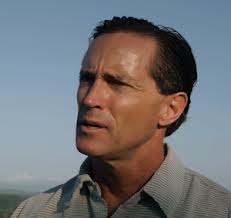 dane wiginton, part two of our show on geoengineering and toxic chemicals, may 2, 2013