The Banking System Is Coming Down

Bill Holter writes and is partnered with Jim Sinclair at the newly formed Holter/Sinclair collaboration. Prior, he wrote for Miles Franklin from 2012-15. Bill worked as a retail stockbroker for 23 years, including 12 as a branch manager at A.G. Edwards. He left Wall Street in late 2006 to avoid potential liabilities related to management of paper assets. In retirement he and his family moved to Costa Rica where he lived until 2011 when he moved back to the United States. Bill was a well-known contributor to the Gold Anti-Trust Action Committee (GATA) commentaries from 2007-present.

-The banking system is coming down; how can it come down when they can just keep printing money?

-The Achilles Heel is the amount of debt in the system; Bill explains and talks about the problem in Greece

-What are derivatives and why are they an issue?

-The Classic Bond Bubble: Rising interest rates indicate the foundation of the system is cracking

-Mining stocks: If they’re not going to go out of business, they’ll be a home run

-Bail ins and bank holidays; are they eminent? How can we protect our money?

-Bill gives his opinion of numismatic coins vs. bullion

-We asked Bill about his opinion of tariffs; he takes a very different stance than Andrew Gause

-Does Bill Holter see Bitcoin (or any crypto-currency) as another way Greece could escape the Euro currency instead of other bank notes?

–Truth, Justice And (No Longer) The American Way! 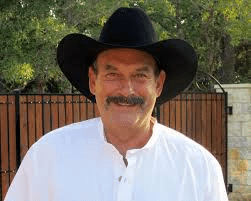 bill holter and the implosion of the banking system, july 28, 2015