Bob Gibson is senior researcher at the Academy for Civic Renewal, a part of the University of Virginia’s Weldon Cooper Center for Public Service. He served eight years as executive director of the Sorensen Institute for Political Leadership at UVA prior to joining the academy on July 1. He is co-editor of The Virginia News Letter, which publishes quarterly articles on public policy issues, and a member of the Virginia Commission on Civics Education.

Before coming to the Sorensen Institute in the spring of 2008, Bob was a political writer, columnist and editor at the Charlottesville Daily Progress for 32 years. He specialized in covering local, state, and national politics. He is the winner of several Virginia Press Association awards, the 1993 Virginia Bar Association Award in the Field of Law and Justice and the 1993 Southern Journalism Award for investigative reporting about racial disparities in sentencing. He also is familiar to many Virginians as a guest on public radio WAMU’s Kojo Nnamdi Show in Washington and as a host of Evening Edition, Commonwealth Conversations and Assembly Conversations on public radio station WVTF and Radio IQ.

He is married to Sarah McConnell, who hosts the public radio program “With Good Reason” from the Virginia Foundation for the Humanities. They have three grown daughters: Helen, Logan and Stella. He grew up in Arlington, VA, and has a long personal interest in Virginia’s politics and government. He is a 1972 graduate of the University of Virginia with a major in government and foreign affairs, and he and Sarah received masters degrees in education at UVA in 2014. 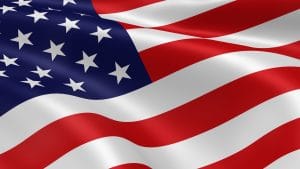 -Trump is a true outsider not in the usual Republican mode.

-We are actually voting for the electors of the Electoral College. Sometimes they go rogue.

-Why did the founding fathers choose to establish an Electoral College?

-If Trump loses North Carolina or Florida, it’s over for him.

-Exit polling is not an exact science. Can’t control the sampling.

-Furthest west state still up for grabs is Nevada.

-Voting results are legitimate, but have had historical exceptions.

-There’s more that unites us than divides us, but politics is about division.

-House likely to stay in Republican control. Senate is on edge.

-Usually hard to get a third-term for a political party.