The Trans-Pacific Partnership and the Death of the Republic

The United States shall guarantee to every State in this Union a Republican Form of Government. — Article IV, Section 4, US Constitution
Arepublicanform of government is one in which power resides in elected officials representing the citizens, and government leaders exercise power according to therule of law. In TheFederalistPapers,James Madison defined arepublic as “a government which derives all its powers directly or indirectly from the great body of the people . . . .”

On April 22, 2015, the Senate Finance Committee approved a bill to fast-track the Trans-Pacific Partnership (TPP), a massive trade agreement that would override our republican form of government and hand judicial and legislative authority to a foreign three-person panel of corporate lawyers.

The secretive TPP is an agreement with Mexico, Canada, Japan, Singapore and seven other countries that affects 40% of global markets. Fast-track authority could now go to the full Senate for a vote as early as next week. Fast-track means Congress will be prohibited from amending the trade deal, which will be put to a simple up or down majority vote. Negotiating the TPP in secret and fast-tracking it through Congress is considered necessary to secure its passage, since if the public had time to review its onerous provisions, opposition would mount and defeat it. 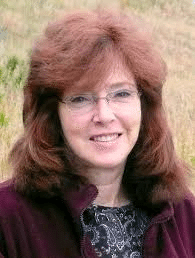 -We are no longer a democracy, but an oligarchy; how did this happen?

-The real reason behind this agreement; it’s more than about free trade

-Is there anything good in the deal? Ellen doesn’t find any good in it

-Why the infrastructure in the U.S. is falling apart

-Ellen talks about the CA drought and tapping the underground, primary water

ellen brown and the trans pacific partnership, may 21, 2015

'Ellen Brown – The Trans-Pacific Partnership and the Death of the Republic – May 21, 2015' has no comments