“He believes in government controlling the lives of the people. He wants government in anything and everything. Health insurance. He wants it in your job, the way you run your lifestyle, culture. He wants to take away your guns, which is a constitutionally-protected right.” – Harry C. Alford on Pres. Obama

-Gangs, the Out of Control Drug Problem, Corruption and Drug Legalization

-The Problem with Food Stamps and Entitlements

-Should teachers be armed?

-Why we need more people in the military

-The sad marriage of government and the education system

-Bringing jobs back to America

-What happened to Detroit?

-Bernanke and his worthless money

-Fair and impartial treatment for all 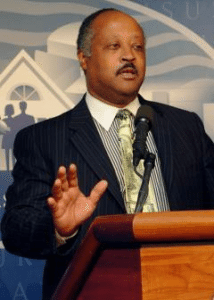 'Harry C. Alford – Going Back to Our Judeo Christian Work Ethic and Capitalistic Roots – April 2, 2013' has no comments