President of the John Birch Society

Ever since its founding in 1958 by Robert Welch, The John Birch Society has been dedicated to restoring and preserving freedom under the United States Constitution.

As Robert Welch himself explained, members of The John Birch Society come from all walks of life and are active throughout the 50 states on local, regional and national levels.

United by a strong belief in personal freedom and limited government, plus a sense of duty, members of The John Birch Society have educated millions of Americans on the appropriate role of government.

-But isn’t the John Birch Society a right-winged extremist group with hate-filled messages? One of our listeners thinks so and wonders why we would even give someone from this group a forum to speak. Mr. McManus addresses the myths and lies.

-Could a gold standard be possible?

-Why the JBS is profoundly opposed to Communism, Fascism, Totalitarianism, Marxism, Nazism

-Shrinking the government to 20%

-A republic vs. a democracy

-How the Constitution is being betrayed

-Taking back the country by way of the House of Representatives 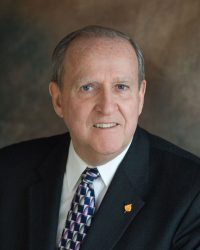 John F. McManus joined the staff of The John Birch Society in August 1966, serving originally as a field coordinator for several New England states. In 1968, he was transferred to a position at the Society’s national headquarters.

In 1973, Mr. McManus accepted appointment by Robert Welch, the Society’s Founder, as the organization’s Director of Public Affairs. In this post, he became and remains the Society’s chief media representative throughout the nation. He has appeared on hundreds of radio and television programs. He is one of the Society’s few authorized spokesmen.

Mr. McManus has written and produced numerous audiovisual programs, including the popular DVD Overview of America, which is a moving tribute about America’s Constitutional roots. He has also written several books including “Financial Terrorism” (1993), “Changing Commands: The Betrayal of America’s Military” (1995), “William F. Buckley, Jr.: Pied Piper for the Establishment” (2002), and The Insiders 5th Edition (2004). He is in wide demand as a speaker.

In addition to being a regular contributor of articles to The New American, he serves as its publisher. He is also publisher of the Society’s member-only monthly Bulletin. Mr. McManus was named president of The John Birch Society in 1991.

Born in 1935 in Brooklyn, New York, he is a graduate of Holy Cross College in Massachusetts. He served on active duty as a lieutenant in the U.S. Marine Corps for three years. For six years before accepting a staff position with the Society, he was employed as an electronics engineer.

'John McManus – Our Personal Rights Come From God, Not From Government – April 15, 2013' has no comments