Jon Rappoport is the author of three explosive collections, THE MATRIX REVEALED, EXIT FROM THE MATRIX, and POWER OUTSIDE THE MATRIX. He was a candidate for a US Congressional seat in the 29th District of California and maintains a consulting practice for private clients, the purpose of which is the expansion of personal creative power. Nominated for a Pulitzer Prize, he has worked as an investigative reporter for 30 years, writing articles on politics, medicine, and health for CBS Healthwatch, LA Weekly, Spin Magazine, Stern, and other newspapers and magazines in the US and Europe. Jon has delivered lectures and seminars on global politics, health, logic, and creative power to audiences around the world. You can sign up for his free emails at http://www.nomorefakenews.com

-The driving force behind Jon Rappoport’s work: Jon gives us background history on how he started on his quest for truth

-The double edged sword of the internet

-Jon gives his prediction about the future of GMOs

-Why GMO crops should have been banned from the beginning

-How is it possible that the FDA and the government just don’t look at the dangers of GMOs?

-Who the players are in the Globalist Movement

-A covert form of warfare to keep the population in check

-The devastating truth about Obamacare

-Depopulation: There is no question that this is the agenda

-Vaccines: Another vector of depopulation

-Overpopulation is not the problem, so what is it?

-There’s enormous potential within each human; why has it been obscured?

-How do we create a different reality? 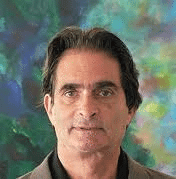 'Jon Rappoport – Globalism, Depopulation and Control of the Food Supply: How Do We Create A Different Reality? – May 20, 2014 –' have 3 comments