Michael Parenti, a progressive political analyst, joined us this morning for a good look at what’s going on in the Middle East, specifically Iran. He took us back in history for a lesson on Saddam Hussein showing us exactly who put him in power and how he fell out of good graces with the U.S., thus becoming the bad boy. We enjoyed Mr. Parentis insights and invite you to browse his website. 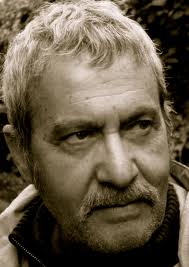 Michael Parenti has won awards from Project Censored, the Caucus for a New Political Science, the city of Santa Cruz, New Jersey Peace Action, the Social Science Research Council, the Society for Religion in Higher Education, and other organizations. In 2007 he was awarded a Certificate of Special Congressional Recognition from U.S. Representative Barbara Lee.

During his earlier teaching career he received grants or fellowships from the Louis Rabinowitz Foundation, the Ford Foundation, Brown University, Yale University, State University of New York, and the University of Illinois. For several years he was a Visiting Fellow at the Institute for Policy Studies in Washington, D.C.

He now serves on the advisory boards of Independent Progressive Politics Network, Education Without Borders, and the Jasenovic Foundation; as well as the advisory editorial boards of New Political Science and Nature, Society and Thought. He also served for some 12 years as a judge for Project Censored.

He is the author of twenty-three books