Author of Sinister Forces: A Grimoire of American Political Witchcraft

A shocking alternative to the conventional views of American history

The roots of coincidence and conspiracy in American politics, crime, and culture are examined in this book, exposing new connections between religion, political conspiracy, and occultism. Readers are taken from ancient American civilization and the mysterious mound builder culture to the Salem witch trials, the birth of Mormonism during a ritual of ceremonial magic by Joseph Smith, Jr., and Operations Paperclip and Bluebird. Not a work of speculative history, this exposé is founded on primary source material and historical documents. Fascinating details are revealed, including the bizarre world of “wandering bishops” who appear throughout the Kennedy assassinations; a CIA mind control program run amok in the United States and Canada; a famous American spiritual leader who had ties to Lee Harvey Oswald in the weeks and months leading up to the assassination of President Kennedy; and the “Manson secret.”

Peter Levenda is an author who focuses primarily on occult history. He is best known for his book Unholy Aliance, which is about Esoteric Hitlerism and Nazi occultism, and is also the possible author of the Simon Necronomicon. 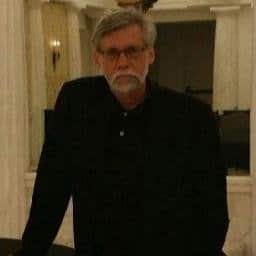 Peter Levenda was born in the Bronx and lived in New York, Indiana, Chicago, New Hampshire, and Rhode Island before going to Malaysia where he lived for seven years. He has an MA in Religious Studies and Asian Studies, and has worked as an IT executive in China, Southeast Asia, Latin America and Europe (he became involved in China trade in 1984). He is a member of the American Academy of Religion, the T.E. Lawrence Society, and is a charter member of the Norman Mailer Society. He is also a member of AFIO (the Association of Former Intelligence Officers) and has appeared in television documentaries on Nazism and the Third Reich, most recently on Brad Meltzer’s Decoded series (“The Spear of Destiny” episode), as well as on documentaries aired on the History Channel, the Discovery Channel, National Geographic, and TNT. He has given addresses before the American-Chinese Business Women’s Association and the Florida-China Chamber of Commerce on China trade, and has lectured on the role that Operation Paperclip played in American political and military post-war history (in Amsterdam).

-The influence of Fidel Castro on American politics

-The Cuba connection to the assassination of JFK

-George Bush and John Kerry’s involvement in The Skull and Bones Society; how is it that a small club with less than 1000 living members at any given time is so powerful?

-A listener asks about “Pizzagate” and the John Podesta emails

-What going on in Antartica and why did John Kerry pay a visit to it?

-The problem with the alternative media

-Religion and Politics inextricably tied together

-In 1952 some of the richest families in the U.S. had some unusual meetings indeed