(Truthstream Media) Once upon a time, Brandy Vaughan worked as a sales rep for Merck & Co. selling a deadly drug called Vioxx which hurt and killed a lot of people. Brandy found out that her employer did this with prior knowledge that this drug was dangerous. She quit, and began to question the entire healthcare system, including the vaccinations that pediatricians later attempted to push on her infant son.

Now Brandy speaks out against vaccinations like the ones peddled by Pharma giant Merck. She has been a loud opponent in the fight against forced vaccination bills like S.B. 277, speaking at multiple protests and rallies against this blatant medical tyranny. (Read More) 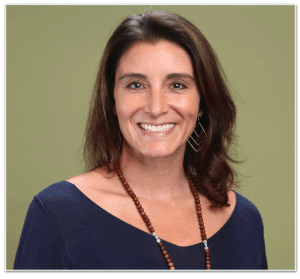 -Vaccine studies are substandard; Brandy tells us why

-The ingredients in vaccinations are dangerous; the vaccine makers are not held liable

-America gives twice as many vaccines as other developed countries and has a higher infant mortality rate, SIDS rates and chronic health problems among children, like asthma, eczema, allergies, etc.

-They’re coming for the adults next; what does this mean?

-Why we need to get corporate money out of politics

-Brandy tells us about her non-profit Council for Vaccine Safety: The Council for Vaccine Safetyis a non-profit organization, founded by Brandy Vaughan, a former pharmaceutical representative, aiming to raise awareness of vaccine risks through public education. Let’s face it, we have a broken vaccine system in the US. Toxic vaccines, given in record numbers, are harming our children at epidemic proportions. Yet, as long asvaccines arethe only products in the US with complete federal liability protection, there are absolutely no incentives for vaccine makers, aka pharmaceutical companies, to change the way they do things.

-If you live in CA, you may want to visit www.SB277referendum.com

–www.safevax.orgis the easy way to get to The Council for Vaccine Safety

'Brandy Vaughan – Targeted and Harassed for Speaking Out About Forced Vaccination; Exposing What They Don’t Want the Public to Know – September 1, 2015' have 4 comments