Escaping the Matrix, Flat Earth and Other Hot Potatoes

The Matrix has you. You are a slave, trapped in a psychological prison where you are forced to work to reinforce the prison walls and kill off your fellow inmates. Is there a way out? We will be looking at the nature of the cage, how we were ensnared and the possible escape routes, individually and for humanity as a whole.

WTF is going on?
Have you looked at the TV or read the newspaper and asked yourself that question?

What if you’ve been told the biggest whopper of all time? A lie that has rendered you as nothing more than an insignificant microbe that evolved by accident on the surface of an inconsequential speck of dust in an infinite and meaningless universe. What if the world you live in is an entirely different place than you can possibly imagine?
We will look at a world with you at it’s centre and where you are in a race against time before the controllers lock us into a world that we already believe we are confined to. 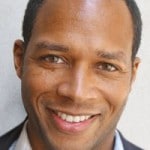 -Urine therapy, distilled water, fasting, diet and how the mind works were the things Dave discovered would allow the body to heal itself

-How chronic emotional stress affects the body and causes illness

-Finding God after a lifetime of atheism

-Escaping the Matrix; realizing that everything you’ve learned may not be true after all

-Comment from a listener: I really appreciate Dave’s contribution to the world. His story really resonates with me. I have so many similarities. I had an emotionally triggered incurable disease. I was an atheist for over 20 years until I did a fast and felt the hand of the creator. I lost about 70 pounds and had hallucinations and it was truly awful. I thought in retrospect that I was metabolizing all the feelings and traumatic experiences I had stored in my body fat. I fast daily. And my intuition has gone through the roof. I don’t need to eat very much at all. I redirected my path and learned to trust the perfection of the human body. I had a midlife crisis/existential crisis once I realized that almost everything we are taught is a lie, fabricated to sell us a model that is not in our best interest.

I found flat earth accidentally and thought it was ridiculous, so I tried to debunk it and realized just how little I actually knew about the heliocentric model. I am in the flat earth closet.

'Dave Murphy – Once You’ve Taken the Red Pill There’s No Turning Back: Escaping the Matrix, Flat Earth and Other Hot Potatoes – August 23, 2016' have 5 comments

Patrick Timpone – Sitting At at the Center of the Universe – January 17, 2022

Patrick Timpone – We’re Living In the Land of Opposites In the Worst of the Worst Yuga – January 14, 2022