-Stray voltage and why grounding technology is dangerous
-Protecting yourself from dirty electricity coming from the grid
-We’re living with RFs so what are the safe numbers?

You can email Dave with questions dave@stetzerelectric.com

Dave Stetzer has been with this work with electricity since 1975.  He’s traveled the World researching and gaining insights into the good, the bad and ugly of electricity, electrical, magnetic and radio frequency energy

All of these high frequency 2 KHz and above, disrupt the body’s natural electrical balance

CFL, dimmer switches  and most LED bulbs put a very high frequency energy that is absorbed in the body

All varieties of “Green Energy” are not without their health issues, but all can be adapted quite easily and inexpensively to harmonize with the human body

In the U. S., is the electricity that flows back to the source via the soil DC or AC?

I understand Dave’s opinion about earth grounding but in a typical city environment an individual is being charged up like a capacitor continuously and temporary grounding on metal or foil will not last long.
If you ground, true you are dropping the body’s voltage in exchange for an electrical current flow, but I believe that the current flow is the least harmful of the two. Personally I have been sleeping earth grounded via a copper rod for about 10 years and walking with grounded shoes and my health conditions have only improved and I am 72 years old and physically work everyday with more energy that most teenagers.
What is Dave’s opinion?

When Dave said that solar inverters send dirty electricity frequencies not only on the wire but also in the ground, was he referring to both grid-tie systems and stand-alone battery systems?

To combat the issue, would the CoreComm (?) filters be installed at each micro-inverter of each solar panel, or just once near the circuit breaker

Is cancer caused by too few or too many electrons?
Is there any benefit to turning of the power at the  electrical box  even if we have the Stetzer filters ?

Dave Stetzer on the many electrical challenges and cures we have in our life, February 19, 2019

'Dave Stetzer – 5G Is Almost Here, So How Can We Protect Ourselves from the Onslaught of Radio Frequencies? – February 19, 2019' has no comments

Fred Dashevsky and The Real World of Money – Fifty Years Ago This Week Nixon Took the Dollar Off the Gold Standard – August 4, 2021 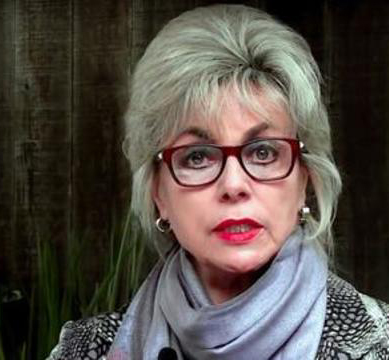 Deborah Tavares – Primary Water is Ubiquitous Under Virtually All the Land in the World – August 3, 2021

Brandon Smith – Why Are Globalists And Governments So Desperate For 100% Vaccination Rates? – August 3, 2021