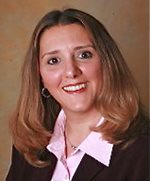 Dawn Richardsonis president of PROVE(Parents Requesting Open Vaccine Education), a statewide parent rights advocacy network in Austin, Texas she co-founded in 1997. She was appointed Director of State Advocacy for the National Vaccine Information Center in October 2009.

An activist Mom, Dawn has led a highly successful 12 year public information campaign in Texas and in the Texas Legislature to promote awareness about vaccine safety, medical privacy and informed consent issues. Her work has contributed to positive legislative changes, including the passage of a statewide conscientious belief exemption to vaccination in 2003; the vacating of a gubernatorial executive order for mandatory HPV vaccines for 6th grade girls in 2007; and institution of medical privacy protections in a statewide vaccine tracking system and a newborn DNA storage system.

Dawn graduated with a BS in electrical engineering from the University of Connecticut and her vocational and educational experience in science and computer engineering has helped to shape her leading role in the criticism of mandatory one-size-fits-all vaccine policies and vaccine tracking systems. She has appeared in many media reports in Texas and nationally defending parents’ right to refuse vaccines. Her February 2007 appearance on the NBC “Today Show” calling for the repeal of the Texas Governor’s Executive Order mandating Gardasil vaccine for all sixth grade girls was instrumental in raising public awareness in Texas that the Executive Order should be overridden by the legislature.

'Dawn Richardson – Informed Consent: You Can’t Blindly Put Things In Your Body Without Understanding the Risks – January 12, 2016' have 2 comments