Director of the Film “Vaxxed: From Cover-Up to Catastrophe”

Synopsis – In 2013, biologist Dr. Brian Hooker received a call from a Senior Scientist at the U.S. Centers for Disease Control and Prevention (CDC) who led the agency’s 2004 study on the Measles-Mumps-Rubella (MMR) vaccine and its link to autism.

The scientist, Dr. William Thompson, confessed that the CDC had omitted crucial data in their final report that revealed a causal relationship between the MMR vaccine and autism. Over several months, Dr. Hooker records the phone calls made to him by Dr. Thompson who provides the confidential data destroyed by his colleagues at the CDC.

Dr. Hooker enlists the help of Dr. Andrew Wakefield, the British gastroenterologist falsely accused of starting the anti-vax movement when he first reported in 1998 that the MMR vaccine may cause autism. In his ongoing effort to advocate for children’s health, Wakefield directs this documentary examining the evidence behind an appalling cover-up committed by the government agency charged with protecting the health of American citizens.

Interviews with pharmaceutical insiders, doctors, politicians, and parents of vaccine-injured children reveal an alarming deception that has contributed to the skyrocketing increase of autism and potentially the most catastrophic epidemic of our lifetime.

“For the last 20 years I have had to watch the suffering of those affected by autism as the problem multiplies year on year. What started with hope for a new understanding, new and effective treatments, and even prevention, turned to despair as special interests exploited their influence over the media to crush the science and the scientists.

And then, two decades and a million damaged children later, one man, Dr. William Thompson – a CDC insider – decided to tell the truth and the embers of that early hope glow once more. 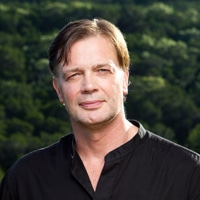 Several years ago I decided that to take on the media you had to become the media. The best medium for this story is film. Our aim with this movie was to take this complex, high-level fraud and to give it context, and weave through it the tragic street-level narratives of ordinary families affected by autism.

This film brings to the public a dark and uncomfortable truth. To ignore it would be most unwise.”

-Vaxxed – Story about worse medical fraud in the history of the world, scientific misconduct of CDC, and making vaccines safer; Dr. Wakefield discusses the publicity it’s received as well as the censorship of it.

-In theatrical releases around the U.S. Listings at vaxxedthemovie.com. Coming to Netflix

-No safety testing of mercury and aluminum as vaccine components;Components of vaccine interact with each other and are neurotoxic

-Thimerosol not mandated to be removed, is being slowly phased out, but is in flu vaccine, which is recommended to be given to pregnant women and infants

-When are the MMR and boosters given?

-What is risk for autism from MMR?

-CDC refuses to research health of vaccinated vs. unvaccinated children

-What is Dr. Wakefield’s opinion of homeopathic vaccines?

-What are reactions from doctors after Vaxxed?

-Morbidity and mortality was dropping before the MMR was introduced

-What advice does Dr. Wakefield give to people opposed to vaccination?

-American vaccine policy and vaccines are exported around the world

Learn more about Vaxxed, the movie