Author of Drugs are NOT the Devil’s Tools

Why and how did Marijuana become illegal?

Dr. David Bearman, author of a newly published comprehensive two volume history of the fascinating origins of the US drug laws, says that it had very little to do with marijuana’s medicinal and stress-relieving properties.

“History,” he shows, “indicates it was economics and greed.”

Marijuana, which until the 1930s was known as cannabis, comes from the hemp plant. Hemp is easy to grow almost anywhere and can be used for making a myriad of things from paper to rope to lubricating oil to medicine. One of Henry Ford’s first cars ran entirely on hemp ethanol. And during World War II, he built a complete car out of hemp to demonstrate its versatility.

In 1916, the U. S. Department of Agriculture published Bulletin 404 which stated:

“Every tract of 10,000 acres which is devoted to hemp raising year by year is equivalent to a sustained pulp production capacity of 40,500 acres of average wood-pulp lands.”

Since the middle of the 19th century, cannabis was in almost every pharmacy in the US. It was widely considered the best medicine for relieving migraines. So hemp and cannabis were very much accepted for their many benefits to American society.

Drugs are NOT the Devil’s Tools is an engaging, thoughtful, beautifully illustrated and well-researched examination into the origin of United States drug laws. Dr. David Bearman shows how , through intertwining motives of discrimination and greed, often under the guise of morality , the government has created a drug policy that is completely dysfunctional. As he points out, our drug laws have been very effective in further marginalizing already discriminated-against groups and a total failure in every other respect.

In Drugs Are Not the Devil s Tools, Dr. Bearman shows that there has rarely been a civilization in the history of mankind that has not used some form of mind-altering substance. He also demonstrates that the very real medical properties of cannabis were recognized thousands of years ago and describes the useful medical properties of opium, coca, alcohol and spices.

Dr. Bearman offers numerous suggestions about how to fix the U.S. drug policy. 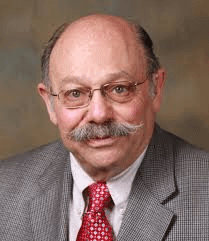 -Hemp and cannabis were very well known in the U.S. for hundreds of years. Dr. Bearman tells us how it became demonized and the role media mogel William Randolph Hearst played in it

-One of the reasons the U. S. was settled was to grow hemp

-Why the DuPont Corp. was threatened by hemp

-Why cocaine was taken out of Coca-Cola in 1903

-Could you walk into a pharmacy in the mid 1800s and buy a cannabis based medicine?

-The role religion plays in the propaganda