Exposing the Lies, Deceit and Greed of the Medical Profession

After being desperately sick ten years ago, with a diagnosis of MS, the medical profession had offered Dr. Michelle Kmiec nothing but drugs and outrageous “healthcare” bills. Not willing to accept that as her faith, if she was to be healthy again, she’d have to look for the answers herself.

In the process, her research led her to discover just how corrupt the medical profession had become—an insurance-based and Big Pharma oriented monopoly!

Ultimately, despite all her struggle and fear, and due to shear perseverance, she regained her health completely naturally and so much more!

She has now made it her mission in life to share her journey, in hopes to help take away some of the fear and struggle regarding finding answers to healthcare needs; and replace it with something very unique…HOPE!

Discouraged by the practices of conventional medicine whose doctrine promotes the ever increasing dispersal of pharmaceutical drugs, yet ironically without effecting the steady increases of chronic diseases such as: cancer, heart disease, diabetes, and autoimmune, she was determined to get to some answers! And what she found was blatant hypocrisy of so-called “healthcare” that was more concerned about bottom-line profits than in helping people. Too many people sick from pharmaceutical side-effects, and often with misdiagnosis to boot! Outraged…

Dr. Michelle Kmiec felt compelled to make a major natural healthcare stance, and is determined to make a difference by provoking a change in holistic healthcare awareness.

So, was the birth of Online Holistic Health website.

Her book, Healthcare Freedom Revolution: Exposing the Lies, Deceit and Greed of the Medical Profession, uncovers what the medical profession neglects to tell you…that drugs and surgery are NOT the only answer! You will be surprised as to what she found to be true in over three years of research!

Dr. Kmiec hopes to shed a new light on holistic healthcare by offering in-depth details on hundreds of natural health topics that are hard to find and/or have been buried under the massive medical/pharmaceutical shadow.

It is her belief that egos should not have a place in healthcare. In other words…healthcare, and information regarding healthcare, should be as accessible as the air we breathe (minus the pollution!)

-What could be causing an anxiety attack out of the blue?

-Getting worse before getting better; Dr. Kmiec tells us the story of her detoxification.

-Regarding Mulitiple Schlerosis, the science points to nutritional deficiencies

-The ‘cure’ starts in your mind

-Why organic foods today are not what they used to be

-Standard Process Supplements: Dr. Kmiec tells us why she only uses their vegetable based products

-Vitamin C: How much is too much?

-The big question about salt

-Half the world’s population is deficient in zinc;testing your zinc levels at home

-Serrapeptase: Dr. Kmiec tells us how her aunt avoided stent surgery by taking this enzyme 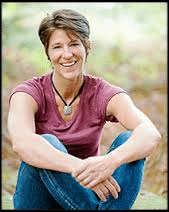