As a second-generation upper cervical doctor, Dr. Ray Drury feels privileged to have an opportunity to serve his fellow North Carolinians. A native of Kentucky, Dr. Drury chose the Charlotte area as the perfect location to open a family practice and is proud to call Mecklenburg County home. He is one of a small but distinguished group of doctors who practice upper cervical care as their chosen area of expertise. Dr. Drury has been in private practice for over 20 years and has received numerous awards and recognition for his continued devotion to the upper cervical profession. Having developed a reputation as one of the most experienced upper cervical doctors in the world, Dr. Drury specializes in helping people who have been told there is no hope. His ability to help the worst of the worst cases has attracted patients to his Charlotte office from all over the world.
Dr. Drury has been instrumental in the growth witnessed within the upper cervical chiropractic profession over the past decade. He is the Co-Founder and Board member of Upper Cervical Health Centers, Inc. an international franchise with over 40 offices worldwide. He is also the founder and lead-instructor for the International Upper Cervical Institute. Dr. Drury was instrumental in the development of the Upper Cervical Academy in conjunction with Sherman College of Chiropractic.

-Dr. Drury went into upper cervical work after he had a personal experience with it. He tells us how violently ill he was after his adjustment; what was going on in his body and how he felt, days and weeks after

-The importance of the atlas; opening up the body between the brain and the body

-Why are upper cervical techniques not taught in chiropractic school?

-Adjusting babies; how could a baby possibly be out of adjustment?

-The only reason a disc will bulge or herniate

-How is the knee, chest upper cervical technique performed? 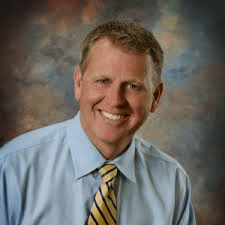