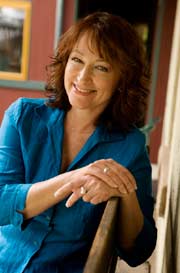 Shauna Young is the Medical Director of the Assertive Wellness Center of Durango, CO, which first opened its doors in 2001. Since its humble beginnings, her center has now had the distinct pleasure of seeing many thousands of clients who have had the confidence to travel from every U.S. State and even several foreign countries based almost exclusively on referrals from other practitioners and clients who have been pleased with the consultation, products and help. Shauna holds a B.S. in Natural Sciences and based on the merits of her research, theories and doctoral thesis on dietary connections to both the formation and reversal of Autism Spectrum Disorders, was awarded a PhD in Natural Sciences from the University of Natural Medicine in Santa Fe, NM. In 2008 Shauna was also knighted into the international Sovereign Medical Order of the Knights Hospitaller. She has been appointed to the faculty of the University of Natural Medicine in Santa Fe, NM and serves as the Chief Medical Advisor for the No Harm Foundation www.noharmfoundation.org, a Colorado not-for-profit organization. Shauna is an international lecturer on many aspects of natural medicine, nutrition, her Spectrum Balance® Dietary Protocol, Autism Spectrum Disorders and many other health related topics.

-It all comes down to grains; the grains contain phytate which strips iron out of the body. Grains must be eliminated from the diet

-Question from a listener:I have an 11 year old Asperger’s girl, and she seems to be very sensitive to high-phenol foods (such as bell peppers and cherries, which are “Best Choices” on the Spectrum Balance Protocol). She doesn’t getthe red ears and cheeks characteristic of a phenol sensitivity, but shegets highly irritable and emotionally volatile when she eats high-phenolfoods.How have you seen this issue get resolved on your protocol?

-Dr. Young tells us about the tremendous success with this protocol

-The importance of strictly sticking to the protocol

-How to deal with children who are picky eaters