Put on your seat belts for this show folks because Dr. Broer is going to take you on the health ride of your life. From the use of fluoride, estrogens, statin drugs, the New World Order and everything in between, he barely takes a breath to fit it all in. We think you’ll like him and we ask that you share this show with your friends and family.

Dr. Ted Broer is internationally recognized as a leading health and nutrition expert, with extensive graduate and post graduate studies in the field of nutrition, biochemistry, and Naturopathy. His education includes an undergraduate degree in biological science and chemistry from Florida state university. He has also completed a second undergraduate degree from FSU in psychology and exercise physiology, a masters degree in Business Administration from FSU and received a Doctorate from Southeastern University.

-Statin drugs: The most dangerous drugs on the planet

-Why you should NEVER let your cholesterol numbers go under 200

-Why heart disease happens in our culture? The blood is too thick, but why?

-The top ten foods not to eat

-What happens when you put exogenous estrogens into a women in her first trimester of pregnancy?

-How to increase your cholesterol naturally

-The top 5 foods and supplementation 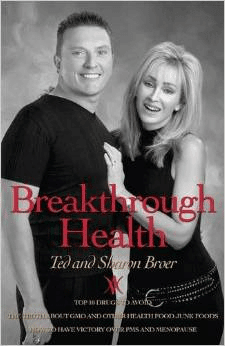