What is an electromagnetic field? What are PEMFs?

PEMF stands for Pulsed ElectroMagnetic Fields, which are widely used these days to improve circulation and cell metabolism. The body can become accustomed tononmoving (or static) magnetic fields, which are generally unable to deeply penetrate the body. A pulsed electromagnetic field, however, is quite dynamic, is able to penetrate all the way through the body, and creates a cascade of effects within the body.

How can electromagnetic fields have an effect on my body?

-Healing the cause of the pain with electromagnetic field therapy; most of the other therapies just go after the symptoms

-Dr. Pawluk makes the case for patients needing to own their own magnetic systems; he talks different systems and different prices 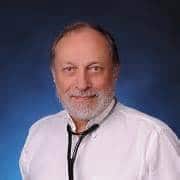