Did you know that the THC in Cannabis does not have a psychoactive effect when it’s in its raw form? And that juicing raw Cannabis provides incredible medicinal benefits? We didn’t know that!

Elise McDonough, an editor and writer for the notorious Hightimes Maazine joined us this morning for a fun and educated look at “weed”. This hour went well beyond the “pot brownie” into the areas of politics and medical uses of marijuana. This is an eye openeing show. Enjoy!

And there’s a Medical Marijuana Quarterly magazine at www.Hightimes.com 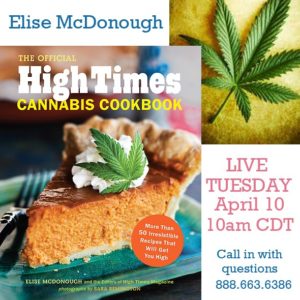