Janet Perry, our favorite pharmacologist who joins us from time to time on the show, was handed a stage 4 breast cancer diagnosis recently. Janet will be here to discuss the details: How she found out; how she’s handling it; which methods has she chosen to beat it; and so much more. We expect this show will be an inspiring one so join us!! 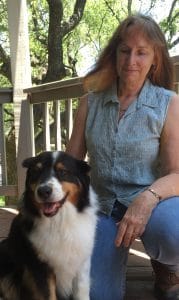 -Did Janet’s personality play a role in her cancer? How about her diet and dental work?

-What are the problems with current imaging tests? Recommends book Cancer Free, Are You Sure?

-Treatment of her breast cyst, and how Janet came to be diagnosed with estrogen-dominant breast cancer, stage 4 body-wide cancer.

-Why Janet wanted testing. The Guardant 360 sequencing blood test to determine mutations. Tells quantity of cancer cells and what drugs cancer cells are sensitive to.

-Going extra distance to take care of herself. Now has permission to focus on herself.

-She is also doing the Budwig protocol. Can Andreas seed oil kick it up a notch? Getting the right Omega 6 vs. Omega 3 balance.

-How is Janet treating her cancer? Treating the whole body; it’s not just a single function of the body that has failed.

-Janet’s breast cancer is on left side. Recent removal of root-canaled tooth on left side. Prior root canal on the right side was faulty, cause of longtime inflammation.

-Janet has had emotional problems with men; Atom says issues with men show up on left side.

-Janet explains how the cancer diagnosis showed her how her life needed to change. We don’t always agree with the method that God uses to teach us.

-The significance of where cancer cell clusters are located. Different underlying reasons for each location.

-Questions answered about gelatin and collagen

-Why does Janet oppose root vegetables? Jay Kordich and Lorraine Day used carrots and beets to cure their cancers.

-Linda thinks black cumin oil would be a good choice for Janet.

janet perry and the natural way to dance around cancer, june 28, 2016, hour one

'Janet Perry, Pharmacologist – How Janet Is Handling a Stage 4 Breast Cancer Diagnosis with Holistic Methods of Healing – June 28, 2016' have 5 comments