A research paper published in the Journal of the National Cancer Institute recently created a concern for those taking fish oil supplements.

The paper, entitled “Plasma Phospholipid Fatty Acids and Prostate Cancer Risk in the SELECT Trial”, reported that men who had high concentrations of Omega-3 fatty acids in their blood had a risk of developing prostate cancer that was 43 percent higher than men who had the lowest blood levels of these fatty acids. Even more alarming was the finding that men with the highest blood levels of Omega-3s had a 71 percent higher risk of aggressive, possibly fatal prostate cancer than those with the lowest levels.

“Because the paper’s findings seem to be contrary to a number of previous studies which suggest fish oil consumption is beneficial to prostate health, and because so many other health benefits are derived from Omega-3 intake, many consumers may now be understandably confused about whether or not to keep taking their fish oil supplements or whether to eat fish at all,” says Dr. Jay Udani, a Certified Physician Investigator for clinical trials who has designed and/or performed more than 150 clinical trials, including the above-referenced SELECT Trial (Selenium and Vitamin E Cancer Prevention Trial) conducted from 2001 to 2008.

“To resolve the confusion for consumers, we first need to review the vast amount of existing scientific literature on fish oil, and then take a close look at the findings and the protocols used for the recently-published analysis which used patient data from the SELECT Trial.” 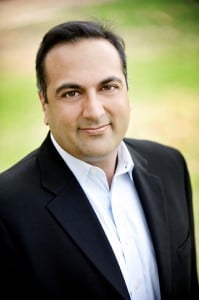