-We talked extensively with Kerri Rivera last week about chlorine dioxide. She has had incredible results using it in her protocol for reversing the symptoms of autism. Jim Humble has worked tirelessly to get information out about Chlorine Dioxide and it’s healing abilities.

-It is an oxidizer. What does that mean and what happens to the body when it’s ingested?

-How is it used to purify water?

-Jim and Dan talk about the healing of 154 Malaria patients in Africa. They all tested negative after using Chlorine Dioxide. It was all documented on video. So why did the Red Cross disassociate itself from the findings? We get the scoop. Hint: Follow the money. 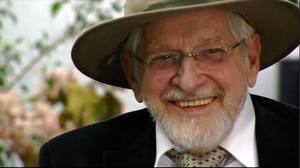 A simple and inexpensive malaria cure discovered in 1996 was finally tested in December 2012 bythe Uganda Red Cross (URC) and the Water Reference Center (WRC), an affiliated organization of theRed Cross. 154 malaria positive patients were malaria negative within 24‐48 hours—with no sideeffects. Participants were under a verbal non‐disclosure agreement, including Jim Humble, the manwho discovered the cure. After 5 months of being repeatedly told to keep quiet, Humble concluded thetest results would never be made public and instructed his associates to release an amateur video (https://www.youtube.com/watch?v=8lzPpZ_9vl0) of the test over the objections of the WRC.

dissociates‐from‐the‐claim‐of‐a‐miracle‐solution‐to‐defeat‐malaria/) on their website stronglydissociating themselves from a “miracle solution to defeat malaria” and that there was no “clinical trial.”

In late June 2013, Leo Koehof, an associate of Humble and also the one who trained the Red Crossstaff in Uganda on the treatment protocol, was informed that a professionally produced video of thetest was hidden on YouTube. He was provided the link and had it downloaded immediately before itcould be completely suppressed. The video (https://www.youtube.com/watch?v=FrwZN1cPfX8) was

rereleased on July 1, 2013 along with statements by Humble and Koehof. The leaked video clearlydescribes how the test was performed and includes glowing statements of the results by the Red Crossstaff, and how they had never seen anything work so well and so fast. The video was narrated by KlaasProesmans, the founder and CEO of the WRC, who concluded the video with this statement: “We closedthe operation to report back to the Secretary General here in Uganda Red Cross Society. And, to reportback to the Water Resource Center about the results of this field test. Now, all in all… a 100% curedpeople… less than 5 days… all within 24 hours to 48 hours! That asks for further investigation.”