Laurie Beck enjoyed a busy life as the successful owner of a Pilates studio, a wife, and mother, but then things took a dramatic turn — she learned that she had a rare form of incurable cancer. Today however, seven years after her diagnosis, repeated tests show no signs of cancer in her body.

How did Laurie beat cancer? In her inspirational and very honest memoir, I am Living to Tell (http://www.lauriebeck.com), she describes her healing journey, which began with her decision not to pursue chemo right away and to practice watchful waiting instead, something her oncologist at Boston’s Dana-Farber Cancer Institute recommended, as long as she felt well. Laurie recounts her efforts to heal herself by educating herself about cancer and by developing a more healthy mind, body and spirit using a combination of Western and Eastern medicine and alternative healing modalities. And in the process, she learned many unanticipated lessons about herself and about life. 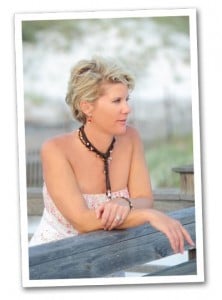 'Laurie Beck – Beating Incurable Cancer with Watchful Waiting, Living in Faith and Shifting the Stinkin’ Thinkin’ – April 18, 2013' has no comments