Adrenaline Dominance: A Revolutionary Approach to Wellness
Adrenaline is a powerful hormone whose effects have been virtually ignored by the medical community. “Adrenaline Dominance” explains how this hormone might be a major underlying cause of many conditions currently considered incurable. Dr. Platt’s book explains why people produce this “fight-or-flight” hormone even when they are not facing danger. It presents a natural protocol for rapidly reducing excess adrenaline. In most cases, this protocol allows patients to reassess their need for taking prescription medications, which treat symptoms rather than address the root cause of their conditions.

-The most apparent effect adrenaline has on people is difficulty sleeping

-Why fibromyalgia is the easiest condition to get rid of

-PMTB explained; the real treatment is lowering the adrenaline

-Understanding ADHD: The most creative and successful people in the world have ADHD; it’s not a learning disorder, but an interest disorder

-Dr. Platt says that if women were instructed to take progesterone, breast cancer rates would plummet

-Why you should not take vitamin D without taking vitamin K

-Fat does not stimulate the production of insulin; ever since we got into a ‘low fat’ mentality, we’ve had to fight obesity due to the high intake of sugar

-If the adrenaline is from the brain needing sugar, could someone who is adapted their brain to use fats as fuel have less adrenaline in the body ?

-How can women and men balance their hormones with only foods and herbs if they are not interested in taking progesterone ? 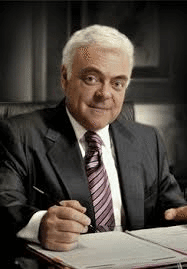 dr michael platt on adrenalin dominance and healing, may 12, 2015

'Michael E. Platt, MD – Adrenaline: The Underlying Cause of Many Illnesses Considered Incurable – May 12, 2015' has no comments