As a hospital executive for over 30 years, Morley Robbins became disenchanted with the “revolving door mentality” of these “illness maintenance” enterprises. He has dedicated the remainder of his career to “saving one starfish at a time” by coaching clients how to eat “real food” and thereby facilitating the process of natural healing. Morley is a “Health Futurist”, a certified Wellness Coach, a Certified Nutrition Educator, and a Functional Diagnostic Nutritionist. He works with Nexus Whole Health in the Chicago area. And he has a wicked sense of humor. He can be viewed on Youtube, reached online at morley@magnesiumman.com, and contacted by phone at 847.922.8061. He’s never met a question he didn’t like. 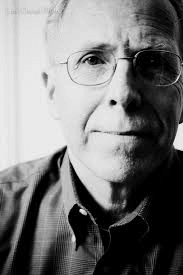 In July 2011, Morley read Carolyn Dean’s wonderful book The Magnesium Miracle. He realized that this was a key piece of the whole health puzzle that virtually no practitioners seemed to be aware of — even in the natural health world.

He was captivated by this mineral, and went on to read even more. Much more…

Twenty-one books and ~1,200 articles (and counting) on Magnesium and Magnesium deficiency, Morley has come to realize that Magnesium plays a role in all metabolic systems, and is therefore a contributing factor to nearly all major health issues.

Magnesium deficiency is the common thread for millions of Americans who are dealing with heart disease, diabetes, obesity, osteoporosis, cancer, general fatigue, and any chronic condition borne out of inflammation.

As Morley read and made connections between hundreds of scientific studies, what he found was shocking:Magnesium deficiency, or insufficiency, was at the center of all these common modern diseases due to its central role in activating 3,751 proteins, and thus thousands of enzyme systems (far more than the Internet figure of 300 enzyme pathways…).

It became increasingly easy to see why this family of Magnesium-related health problems would be so common in modern life. Over the past century, drinking water treatment and food processing has removed naturally-occurring Magnesium from our dietary environment. Meanwhile stressful lifestyles cause our bodies to burn through what little Magnesium we do have inside us. Furthermore, many prescription medications are known to cause Magnesium, and other mineral loss, as well.

Morley, in concert with his partner, “Dr. Liz” Erkenswick, DC, (who MAG-ically healed his shoulder…) began working with their clients on a program of natural healing, with particular emphasis on this “Magnesium deficiency issue.”

-The causes of magnesium loss and how to replenish it

-Morley explains how minerals run the body, not genes

-Magnesium: The teacher of the classroom. Morley explains how magnesium is the leader for all other nutrients; take the magnesium away and everything gets chaotic, much like when the teacher leaves the classroom

'Morley Robbins – Magnesium: The Leader for All Other Nutrients – November 11, 2014' have 7 comments

Janet Phelan – How Decades of US Duplicity Enabled the Pandemic – January 25, 2022

Thomas E. Levy, MD – Root Canals and other infections in the mouth are mandatory to deal with first – January 25, 2022