Infants, under one year of age, in the United States receive more vaccines in that first year than virtually ever other “wealthy” Country in the World

The United States has a higher infant mortality rate than any of the other 27 wealthy countries, according to a new report from the Centers for Disease Control. A baby born in the U.S. is nearly three times as likely to die during her first year of life as one born in Finland or Japan. That same American baby is about twice as likely to die in her first year as a Spanish or Korean one. 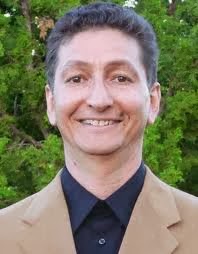 Neil Z. Miller is a medical research journalist and Director of the Thinktwice Global Vaccine Institute. He has devoted the past 25 years to educating parents and health practitioners about vaccines, encouraging informed consent and non-mandatory laws. He is the author of several books on vaccines, including Miller’s Review of Critical Vaccine Studies (2016), Vaccine Safety Manual for Concerned Families and Health Practitioners (2015), Make an Informed Vaccine Decision for the Health of Your Child (with Dr. Mayer Eisenstein) and Vaccines: Are They Really Safe and Effective? Past organizations that he has lectured for include the International Chiropractic Pediatric Association, the International College of Integrative Medicine, Autism One, Maximized Living, and the Culture of Life Institute. Mr. Miller has a degree in psychology and is a member of Mensa.

Author of eight books and thirty years of research, Miller’s latest book presents 400 peer reviewed studies showing vaccines are other than safe and effective.  Matter of science, quite to the contrary

The U.S. encourages and prescribes the most vaccines for infants under one year and have some of the worse infant mortality rates in the industrialized World

Even though the government acknowledges that vaccines have dangerous side effects, the CDC continues to recommend giving children 49 doses of 14 different vaccines by the time he/she turns 6.

Vaccines are associated with an immunity that is qualitatively inferior to that acquired naturally, so preventing all natural exposure to pathogens may not be in your child’s best interest.

3.8 Billion Dollars has been paid out to parents of children harmed by vaccines and estimates are that less than 1% of “incidents” are reported for a variety of reasons including the connection between the vaccines and illness is not made by Parents or Doctors

We wonder why The CDC, The AMA and individual Doctors are not held accountable for this crisis?

Neil Miller, thirty year researcher on vaccines, fleshes out the studies done proving vaccines are not safe nor effective, July 10, 2018