If you heard our last interview with Kerri Rivera, you most probably remember her mentioning a woman she referred to as the ‘Worm Whisperer’. Robin has a 19 year old son who has lived through life long Autism. Typically, a majority of these kids become very aggressive and violent into adulthood and Robins son was on the same path. She and her husband watched their mildly autistic child turn into a rage filled werewolf. Once Robin made the connection between parasites and Autism, she started her son a parasite protocol. Since starting the treatments they have removed over 160 feet of parasites totaling about 35 pounds. WOW!

Join us to get the rest of the story from Robin and how she has embarked on helping the older kids heal.

-Robin gives us background information on her child’s vaccine injury; many children were actually killed by the same lot of vaccines her son received

-The layering on of assaults from vaccines and antibiotics

-Why would a mildly autistic child become violent and aggressive in adolescence?

-Finding the answers through testing; Robin discovers her son’s deficiency in vitamins and minerals, but he was still not getting better. Robin tells us how self destructive her son was becoming

-Why don’t we deworm our kids like they did 100 years ago?

-Why is this generation of children is the most toxic by far?

-How has Robins sons behavior changed in the past 9 months

-Robin explains the protocol she uses to kill parasites; how does she know these are not just strands of mucus?

-Why do you have to go ‘low and slow’ to kill these parasites?

-Adding herbs into the mix; Robin gives us an idea of several different herbs she throws in to help

-CDAutism can be found on Facebook as a support group

-Where does the addition of ocean water fit in? 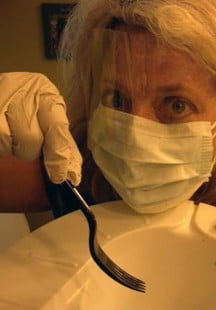