Circumcision: The Hidden Trauma
How an American Cultural Practice Affects Infants and Ultimately Us All
CIRCUMCISION: THE HIDDEN TRAUMA is the first intensive exploration of the unrecognized psychological and social aspects of this increasingly controversial American cultural practice. The book has been endorsed by dozens of professionals in psychology, psychiatry, child development, pediatrics, obstetrics, childbirth education, sociology, and anthropology.
Without much knowledge, the American public generally assumes that our cultural practice of circumcision is a trivial and benign procedure. As discussed in CIRCUMCISION: THE HIDDEN TRAUMA, plain facts and recent research results conflict with these beliefs and raise questions. Dr. Goldman’s application of psychological and social research coherently explains both the tenacity of the practice and the contradictory information and beliefs about it.
After a review of the surprising abilities of infants and their responses to circumcision pain, the long-term psychological effects of circumcision are examined from the perspectives of both traditional and more recent, innovative psychological theories. We learn that circumcision has potential effects not only on men and sexuality, but also on mother-child relationships, male-female relationships, and societal traits and problems. The text is supported with clinical reports, interviews, surveys, and thorough documentation. 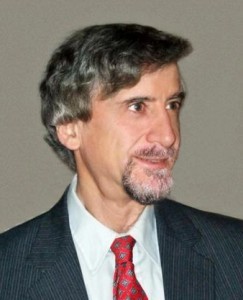 Ronald Goldman, Ph.D., a psychologist, educator, and writer, is the founder and Executive Director of the Circumcision Resource Center in Boston, a nonprofit educational organization. His groundbreaking investigation of the unacknowledged adverse psychological and social aspects of circumcision includes hundreds of contacts with men, parents, Jews, and medical and mental health professionals.

Dr. Goldman is internationally known for his expert work on circumcision and is the author of Circumcision: The Hidden Trauma and Questioning Circumcision: A Jewish Perspective. The first book, with a foreword by renowned anthropologist Ashley Montagu, is endorsed by dozens of professionals in mental health, medicine, and social science. It includes original work on the connections between circumcision and trauma for infants and the men they become. His book addressing Jewish circumcision is endorsed by five rabbis among others. It is the first such work to critically examine the ritual. Other writing has appeared in medical journals, newspapers, parenting publications, and Jewish periodicals.

-The trauma of circumcision: Let’s look at this idea from the perspective of a male infant; why do we diminish the feelings of infants?

-The studies show how behavior changes after circumcision

-The wide ranging physical and psychological effects of circumcision

-The trend is moving toward less circumcision

-The religious reasons Jews and Muslims choose to circumcise

ron goldman on circumcision in our culture, january 19, 2015

'Ronald Goldman, Ph.D. – Circumcision: The Hidden Trauma; How an American Cultural Practice Affects Infants and Ultimately Us All – January 19, 2015' has 1 comment