The U.S. Senate’s Health Education Labor and Pensions (HELP) Committee is expected to release its version of the 21st Century Cures Act soon. If the bill resembles the version approved in July by the U.S. House of Representatives (H.R. 6), the public should be very concerned.

The House measure – touted as an overhaul of the way the U.S. Food and Drug Administration (FDA) approves pharmaceutical products and high-risk medical devices – is being sold as enabling scientific innovation and medical breakthroughs for America. But it actually would undermine efforts to approve safe and effective drugs and medical devices. (READ MORE) 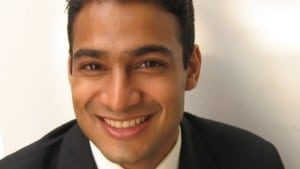 -Vijay explains how this bill carries agendas that will put lives at risk; Patrick brings up a very good point about how some people could benefit, namely those who wish to use alternative medicine and devices

-Another problem with the bill is that a physician or scientist wouldn’t have to disclose speaking fees or other monies from drug companies, etc which could continue corruption

-Is a universal health care plan the answer?

the 21st century cure bill is not about getting healthier, october 13, 2015