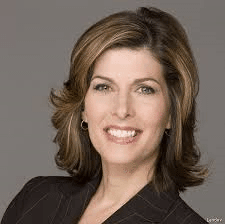 Before her recent resignation from CBS, Sharyl Attkisson was a mainstream news star. Multiple Emmys. CNN anchor, CBS anchor on stories about space exploration. Host of CBS’ News Up to the Minute. PBS host for Health Week. Investigative reporter for CBS.

Attkisson dug deep into Fast&Furious, Benghazi, and the ill-effects of vaccines. Too deep. Her bosses shut her down and didn’t air key stories.

She now has her own website, sharylattkisson.com. She is writing a book, Stonewalled: My Fight for the Truth Against the Forces of Obstruction, Intimidation and Harassment in Obama’s Washington.

It’s not every day that a major mainstream journalist leaves the fold and then seeks to expose the corruption that impinged on her work.

She agreed to do an email interview. Some of the questions I sent went to the heart of her book-in-progress, so she declined to answer them. However, her answers to my other questions were revealing and explosive.

I know you’ve had problems with your Wikipedia page. What happened there?

Long story short: there is a concerted effort by special interests who exploit Wikipedia editing privileges to control my biographical page to disparage my reporting on certain topics and skew the information. Judging from the editing, the interest(s) involved relates to the pharmaceutical/vaccine industry. I am far from alone. There is an entire Wikipedia subculture that exists to control pages and topics, and another one that watchdogs all that’s gone wrong with Wikipedia (Wikipediocracy). It’s a fascinating subject.

In 2009, you spearheaded coverage of the so-called Swine Flu pandemic. You discovered that, in the summer of 2009, the Centers for Disease Control, ignoring their federal mandate, stopped counting Swine Flu cases in America. Yet they continued to stir up fear about the “pandemic,” without having any real measure of its impact. Wasn’t that another investigation of yours that was shut down? Wasn’t there more to find out?

The implications of the story were even worse than that. We discovered through our FOI efforts that before the CDC mysteriously stopped counting Swine Flu cases, they had learned that almost none of the cases they had counted as Swine Flu was, in fact, Swine Flu or any sort of flu at all! The interest in the story from one executive was very enthusiastic. He said it was “the most original story” he’d seen on the whole Swine Flu epidemic. But others pushed to stop it and, in the end, no broadcast wanted to touch it. We aired numerous stories pumping up the idea of an epidemic, but not the one that would shed original, new light on all the hype. It was fair, accurate, legally approved and a heck of a story. With the CDC keeping the true Swine Flu stats secret, it meant that many in the public took and gave their children an experimental vaccine that may not have been necessary.

You’ve revealed serious problems caused by vaccines. Have you run into opposition as a result of covering these stories?

This is a long discussion but yes, it is one of the most well funded, well orchestrated efforts I’ve ever seen on a story. Many reporters, if not all, who have tried to factually cover this topic have experienced the same opposition as have researchers who dared to uncover vaccine side effects. Those who don’t want the stories explored want to censor the information from the public entirely, lest the public draw the “wrong” conclusions about the facts. The media has largely bought into the conflicted government, political and medical complex propaganda on the topic that marginalizes researchers, journalists and parents who dare to speak to the scientific facts they’ve uncovered or to their own experiences. It’s a giant scandal of its own.

In an interview with Real Clear Politics, you suggested that the website, Media Matters, has been targeting and attacking you. Why have they gone after you? Because of your work on the Fast&Furious story? Do these people just reflexively react whenever a reporter writes something that casts a negative light on the Obama White House?

I didn’t interview with Real Clear Politics but maybe they quoted my interview with CNN. MediaMatters is well known to be a left wing propaganda group that acts as a pro-Obama surrogate to attack journalists that threaten the agenda. It works in concert with federal officials who withhold public information from the press and the public but then share it with MediaMatters so that the “talking points” of the day can be controlled and manipulated. (One example: http://dailycaller.com/2012/09/18/emails-reveal-justice-dept-regularly-enlists-media-matters-to-spin-press/) The group works with other surrogates such as Talking Points Memo to controversialize and harass reporters to intimidate them and try to stop their damaging coverage. None of that is surprising or unexpected. They are simply using a media campaign to try to squelch the journalists who they believe could damage the interests of those they serve. The only strange part of the equation is that the “mainstream” press at times almost treats these paid opinion bloggers as if they are objective media watchdogs. I don’t see these news organizations respond to the right wing counterparts with the same deference. They news media typically doesn’t quote conservative media ‘watchdogs’ or question journalists about the conservative watchdogs’ criticisms and observations. Just the liberal ‘watchdogs.’

At this moment in time, because you’re not employed by a major news network, are you viewed by the media establishment as a loose cannon? Are you being painted as an outsider, a weirdo, a chronic dissenter with an axe to grind?

All of the above, I suppose, but I don’t pay attention that. It’s expected. I have heard from many colleagues at various networks who are happy that I’m in a position to speak freely of things that they, too have experienced and observed but cannot say publicly.

My comment on Attkisson’s answers: Her discussion of the endlessly corrupt CDC is remarkable. The most hyped “epidemic” in recent history, Swine Flu, had absolutely no basis in fact. It was one more effort to promote vaccines and scare the public. And the harassment of mainstream reporters who question the sacred conventional wisdom about vaccines is another piece of the story.

The author of three explosive collections, THE MATRIX REVEALED, EXIT FROM THE MATRIX, and POWER OUTSIDE THE MATRIX, Jon was a candidate for a US Congressional seat in the 29th District of California. He maintains a consulting practice for private clients, the purpose of which is the expansion of personal creative power. Nominated for a Pulitzer Prize, he has worked as an investigative reporter for 30 years, writing articles on politics, medicine, and health for CBS Healthwatch, LA Weekly, Spin Magazine, Stern, and other newspapers and magazines in the US and Europe. Jon has delivered lectures and seminars on global politics, health, logic, and creative power to audiences around the world. You can sign up for his free emails at www.nomorefakenews.com

'Exclusive: an interview with investigative reporter Sharyl Attkisson' has 1 comment