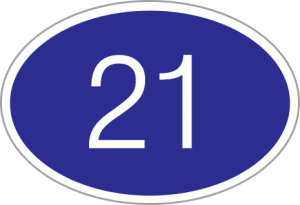 This article was found at http://endoftheamericandream.com

Do you ever get the feeling that the mainstream media is feeding you a very watered-down and twisted version of the news? Do you ever get the feeling that the federal government does not believe that the American people can actually be trusted with the truth? It is exasperating to realize that the news that the public is being fed every single day is very heavily filtered and very heavily censored. In a world where “spin” is everything, simply telling the truth is a revolutionary act. Fortunately, the Internet has helped fuel the rise of the alternative media, and millions of Americans that are starting to wake up are turning to the alternative media for answers to their unanswered questions. Increasingly, people are becoming willing to question the orthodoxy that is being shoved down their throats by the major news networks, and that is a very good thing. The world is becoming an incredibly unstable place, and it is more imperative than ever that we all learn to think for ourselves. We live during a time of great deception, and the lies are going to get even bigger and even more bold in the years to come. If we don’t know why we believe what we believe, then we are in danger of falling for just about anything.

But if you are not afraid to question everything, then you will have a chance to become everything that you were always meant to be.

So what are some things that we should be questioning right now?

The following are 21 unanswered questions that they don’t want you to look into….

#1 Why is the TSA being allowed to conduct warrantless searches at bus stations and train stations all over America? According to an article in the Guardian, the following motto is displayed at the TSA’s air marshal training center: “Dominate. Intimidate. Control.” Why is there no outrage over this?

#2 Why does the TSA believe that it is necessary to pat-down a 7-year-old girl with cerebral palsy? Does touching the private areas of disabled little girls really improve our national security?

#3 Why does the Department of Homeland Security need Predator-B drones to patrol the border between the United States and Canada?

#4 Why is a militarized “Red Zone” being set up in Chicago three weeks prior to the upcoming NATO summit on May 20th and 21st?

#5 Why is the Milwaukee Red Cross being told to prepare for an evacuation of Chicago?

#6 Why is cesium-137 from the Fukushima nuclear disaster still showing up in milk in Montpelier, Vermont? The following is from a recent Forbes article….

Radiation from Japan has been detected in drinking water in 13 more American cities, and cesium-137 has been found in American milk—in Montpelier, Vermont—for the first time since the Japan nuclear disaster began, according to data released by the Environmental Protection Agency late Friday.

#7 Why is there such little uproar over CISPA? CISPA is going to allow companies to share our private online information with the government almost at will. The following is from an article posted on the website of the Electronic Frontier Foundation….

CISPA creates an exception to all privacy laws to permit companies to share our information with each other and with the government in the name of cybersecurity. … CISPA’s ‘information sharing’ regime allows the transfer of vast amounts of data, including sensitive information like internet use history or the content of emails, to any agency in the government including military and intelligence agencies like the National Security Agency or the Department of Defense Cyber Command. Once in government hands, this information can be used for any non-regulatory purpose so long as one significant purpose is for cybersecurity or to protect national security.

#8 Why aren’t more people in the mainstream media alarmed that the economies of 11 different western nations have plunged into recession?

#11 Why are so many banks issuing credit cards that can have information silently stolen off of them by any thief that is willing to invest in a contactless credit card reader?

#12 Why have most Americans never even heard of the University of Pittsburgh study that found that common vaccines that we give our children produce autism-like symptoms in monkeys?

#13 Why is Wall Street laying off thousands of workers if the economy is getting better?

#14 Why has Spain banned all cash transactions over 2,500 euros?

#15 Why is there such a push to get more kids to go to college if most college graduates cannot find a decent job once they graduate? Why is Mitt Romney telling young Americans to borrow money from their parents to get the education that they “need”?

#16 Why does the mainstream media in America almost completely ignore the brutal terror attacks that happen regularly in many countries in Africa? For example, just the other day more than a dozen Christians were killed by a terror attack in the northern Nigerian city of Kano. Back in January, nearly 200 were killed in coordinated attacks in that same city. So why does the U.S. media very rarely ever talk about this?

#17 Why was a radical activist who once stated that he “wished all Republicans were ****ing dead” invited to speak at the National High School Journalism Convention? Is it any surprise that he declared to his audience of high school students that we should all “learn to ignore the bulls— in the Bible”?

#18 Why did Barack Obama recently update an old executive order so that now he will be able to take charge of all food, all energy, all health resources and all transportation resources in the United States even in “non-emergency” situations?

#19 Why are federal government agencies stockpiling massive amounts of food and ammunition? Do they know something that we don’t?

#20 Why will a mysterious Spanish company be reporting the election results for hundreds of U.S. jurisdictions on election day 2012?

#21 Why do “scientific reports” that proclaim that there is a desperate need for global population control get very prominent coverage in newspapers all over the western world?

'Why? – 21 Unanswered Questions That They Don’t Want You To Look Into' has no comments