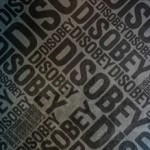 Living without the bonds of TV affords me the luxury of having time to read. As my third book this month, I happened to pick the Leon Uris novel, QB VII, written in the 1970s, when there was still something to be proud about in America, and when there were still enough people around who could remember the horrors of WWII.

The story takes place in post-WWII England, and is about a libel suit brought by a Polish Nationalist doctor (Kelno) against a former POW in Jadwiga concentration camp, a Jewish-American author (Cady), who names him as performing surgeries for German doctors who were experimenting on Jewish prisoners.

This is part of the opening statement made by the defense attorney (for Cady) in the British courtroom:

Well, as a matter of fact there were some Germans, soldiers, officers, priests, doctors, and ordinary civilians who refused to obey these orders and said, ‘I am not going to do this because I would not like to live and have this on my conscience. I’m not going to push them into gas chambers, and then say later I was under orders and justify it by saying that they were going to be pushed in by someone anyhow and I can’t stop it and other people will push them more cruelly. Therefore, it’s in their best interest that I shove them in gently.’ You see, the trouble was, not enough of these people refused. 1

When my tears subsided I thought, what an amazing time to be reading this. How appropriate to what is happening in our country now.

Day after day we see headlines about the indignities suffered by air travelers at the hands of TSA agents who are content to place their hands on the genitals of passengers of no matter what ages for their daily ration of bread (read: HFCS, MSG, GMO, etc.). And still the passengers line up for the privilege of being “man-handled” so that they can get to grandma’s house or their next business meeting a little faster instead of saying, “I am a free American and you may NOT touch me without cause,” or even, “I will not ride your airplane if I must be accosted so.”

Day after day we see headlines about some police officer tazering an elderly citizen for asking a question, or throwing the occupant of a wheelchair to the ground to prove that he is handicapped . . . or killing a veteran for having a gun in his own home. And still we say, “Yes, sir” to the police and skulk away in fear, instead of saying, “Don’t do that to this person!”

Day after day we see headlines about what a potential criminal/terrorist — someone to be suspected regardless of their actions — is the person who cites the U.S. Constitution to affirm their rights, or likes a certain political candidate, or has served his or her country in the military, or just wants to be left alone by “the system”, or has the audacity to disagree with the current administration — or who asks for acknowledgement of the truth instead of ridicule on a point of fact. And still we say, “Thank goodness you’re taking care of my safety and security, because I don’t want to get my hands dirty,” instead of saying, “I have a right to my opinion, to think my own thoughts.”

Day after day we see headlines about the millions cheated out of their homes, losing their jobs, forced to beg the government for poisoned food that will make their children imbeciles compared to who they could have been so that those who control the money can amass more and more for themselves, reaching orgasm at the thought of how much they have attained and how they can hold the “cattle” as slaves.

And still we say, “Thank you for the job as a hamburger flipper so that I can pay you most of my wages in taxes,” instead of saying, “I will take care of my money myself.”

We are at the proverbial “slippery slope”. From here it will be easy to fall into the same state as was controlled by the German Nazis. The slogan of the time was, “Never Forget!” But TPTB are doing everything possible — dumbing us down, directing thought — to make us forget so that they can use the same tactics unencumbered by the ghosts of the slaughtered. Don’t allow us and our children to be next. Those who forget history are doomed to repeat it. Just make sure the history you remember is the truth.

TPTB know that if you don’t resist, you are theirs to exploit in any way they see fit. Stop complying. Imagine what would happen to TPTB if we all just said, “hell, no” — no matter how gently they grab our genitals.

Through our website, survivingsurvivalism.com, we talk to far too many docile, I-have-a-million-reasons-not-to-take-action kind of people. The time to stand up is now, not as they close the gas chamber door behind you. No football game, airline flight, bus trip, concert, prom, no job, no social group is worth your human dignity — nor your freedom. Spread the word that we are enslaved by our own volition — and that it doesn’t have to be so. Stop complying now with that which is, at it essence, wrong. There is no excuse.

'Will Enough of Us Refuse?' has no comments