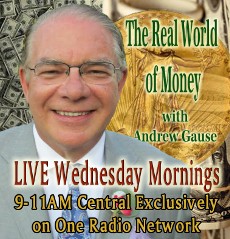 -Writing checks on your 30 year bond funds; can you do that? Surprisingly you can and Andrew explains why

-Andrew is calling this Fall, a disorganized Fall as the extremes are going both ways

-‘The Donald’ is the only candidate questioning the safety and effectiveness of vaccines. We like this guy!

-.74 of every tax dollar is spent on debt service

-Anarchy is just a little too radical; would you really like to live in a country with no laws?

-The collapsatarians are out in full force, but Andrew says “they’re wrong”. A collapse would be a choice, they are not accidents

-Apple has more money than the BRICS bank

-Andrew says the Chinese could sell all of their bonds and it wouldn’t even be a blip on the screen. Why?

-Question from a listener:Given the chaos and collapse in stock around the world could you please ask Andy to refresh the answer he gave a few months ago on possible policy approaches the Fed could take up to shore up the world financial situation. Specifically there was one area that Andy said the Fed hadn’t even started doing anything so far but my memory is scratchy and I thought now might be a good time to go over it once more and also to see if Andy had any other ideas.

-Question from a listener:I don’t understand why “they” are making it even harder to qualify for an average home loan….The FHA is tightening up it requirements, and less people are able to qualify for thetight loan parameters.I am wondering IF the more QE to come is for “the gov we luv” is going to “buy” the homesthat are too expesive to hang on to.AND, the rents are soaring and not many are able to rent OR own!!!!Help me MR. BILL

-Sucking dollars out of the system to control volatility

-The birth of the income tax; Andrew talks about taxing income for the first time in the U.S.

-Is Andrew accusing “the Boys” of giving away this country for their profit? Oh Yeah!

-Comment from a listener:I have now watched the Jim Sinclair interview, and there is something in
there that Andrew Gause should take into account and comment on.Andrew maintains that the coming great inflation will be good for borrowers, principally because they will be able to pay off their debts
with greatly devalued currency.But this may, and may not, happen. Sinclair makes the point that the
bankers are not going to lose, and that debts, for example, were revalued and readjusted in terms of grams of gold, referenced back to before the great inflation taking off, meaning that debtors were not allowed to pay off their debts with devalued currency, but effectively had to pay them off in what they were worth in gold. At least, that is what I understood from the comments.

-Question from a listener:I heard in the news that the American Retirement System invest 50% or more in the stock market, has it always been like that and why? Are there other avenues to invest in beside this risky strategy?

-Question from a listener: If the current/next crisis finds the FED & other global central banks needing to create even more unimaginable amounts of fiat currency are we not now at a point where if intrest rates were to go up even close to historical norms for the US or even stay at historical lows if the amount of newly created currency is large enough, then there could be no pretense that the debt could be serviced & therefore start a dollar crisis & deflation unless there was a “new system reset” of some sort as has been done in the past to escape the system imploding?

Any suggestions/ guesses about what kind of new system would be introduced? Gold linked SDR or each global currency revealed to gold holdings at central bank??

-Question from a listener:I’m wondering if Andrew could explain why buying older coins with less precious metal content would be a better purchase than the newer .9999 coins in this declining economy. My feeling is that art and or collectible coin values will drop faster in a panic sell and the coins with greater purity will decline at a slower pace?

the real world of money with andrew gause, september 9, 2015, hour one

'Andrew Gause and The Real World of Money – Happy Days Are Here Again…… What’s Wrong with This Picture? – September 9, 2015' have 11 comments