“Spend some, save some…exchange benefits everybody”

For you fans of Andrew Gause, we have an extra added bonus for you today

Richard C. Cook has some wonderful ideas about currency.This fascinating interview explains The Gaia Plan, the Basic Income Guarantee and how we owe it to everyone on this planet the means to survive. 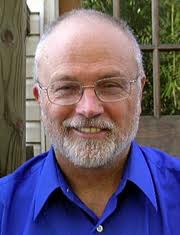 Richard C. Cook is an author, editor, and speaker who resides in Roanoke, VA. His interests are meditation and spirituality, space exploration, local economic sustainability, and monetary reform. He attended the College of William and Mary, where he graduated with honors in 1970 and was elected to Phi Beta Kappa.

Cook is a retired federal government analyst who worked for the U.S. Civil Service Commission, the Food and Drug Administration, the Carter White House, the U.S. Office of Consumer Affairs, NASA, and the U.S. Treasury Department. He also taught history at the Field School in Washington, D.C.

At NASA Cook was the lead resource analyst for the space shuttle solid rocket boosters, external tank, and Centaur upper stage. He extensively documented the problems with the solid rocket booster O-rings that destroyed Challenger on January 28, 1986. He then became one of the foremost whistleblowers of modern times when he was instrumental in exposing the start of a cover-up in the wake of the disaster, leading to the disclosures that followed by engineers who had tried to stop the launch.

As a witness to the incident and a participant in the subsequent investigations, he received the Cavallo Foundation Award for Moral Courage in Business and Government for his role in bringing the truth about Challenger before the public. It is safe to say that without Cook and the other whistleblowers the public never would have learned what really happened to cause the greatest tragedy of the space age.

Cook never returned to NASA after his testimony. Upon retirement in 2007, he published his memoirs of the tragedy in a book entitled Challenger Revealed. The book was called by one reviewer, “The most important space flight book in 20 years.”

A lifelong student of meditation, Cook published In the Foosteps of the Yogi, a book about Sri Shivabalayogi, a guru from India, in 2000. His most recent book is We Hold These Truths: The Hope of Monetary Reform, derived from his post-NASA career at the U.S. Treasury Department and his analysis of the financial crash of 2008. He had predicted the crash a year earlier in articles published on Global Research, an internet news site. He has published over 60 articles on the internet and in print venues on alternative economics and other topics, most recently writing about the ancient roots of Christianity in the Essene and Gnostic teachings. In Roanoke, he is working at renovating houses and teaching classes in meditation and has founded the Peace Spiritual Center as a community resource. His wife Karen is a teacher.

Cook may be contacted through this website or at [email protected] The website for the Peace Spiritual Center is www.Peace-Spiritual-Center.org