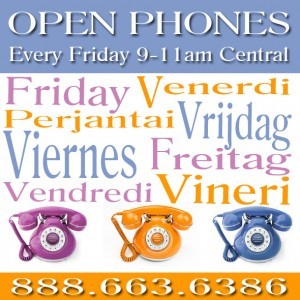 -God given rights; do we really need something or someone to give us these rights? Patrick talks war, rights and government theatre

-Experian’s data breach of 15 million people; there are no secrets; there is absolutely no privacy; Patrick talks about a documentary about Edward Snowden he recently watched

-Patrick made an anti-nano copper bucket a la Tony Pantalleresco and reports the effects he experienced after using it a couple of times; is our DNA being reorganized by nano particles to turn us into everyday robots?

-Peter, from R.I., calls in to say that if he were king for a day, he’d take all the drug ads off of television; he also tells us about how he felt when he stopped taking sulfur on a regular basis while taking liposomal vitamin c; Peter is also fascinated with cell salts and talk with Patrick about them

-A listener calls in to talk about the trouble he’s having sprouting einkorn wheat berries; he’s trying to sprout it to make wheatgrass. If you can offer suggestions, please leave them in the ‘comment’ section below

-The more we move, the better we feel; the body really wants to move

-Have you tried the Jovial brown rice gluten free pasta? If you’re a pasta connoisseur, try it! It’s Patrick’s favorite

-Where will our children work? Healthcare and technology are the only 2 growing sectors

-Would Frank Sinatra have continued to sing if he wasn’t getting paid? Patrick argues why the one’s who work are the one’s who should be paid

-The problem with voice over IP telephone lines; one problem, according to Snowden, is the issue of privacy, even while the receiver is on the hook. What?!!

-One of our listeners along with three women friends have been spying Great Blue Herons. This has happened to all of them in different parts of the country all within days of one another.Somehow they all shared these sightings and it’s stirred their further interest and research into the animal totem’s significance..Have you been spotting them? If so, leave a comment.

-Our broker and regular listener JB Slear comments on what’s going on in the metals market today:Open Interest in Silver is waaaaaay down and supposedly everyone’s focused on the bad jobs numbers… I think it may be a dead body from that 1,000 point drop in the Dow last month and it’s called Deutsche bank

-Is Edward Snowden a traitor or merely a person of deep conscience?

–Can we see soul leave the body? When does soul enter the body to take up permanent residence?

open phone friday with you and patrick, october 2, 2015, hour one