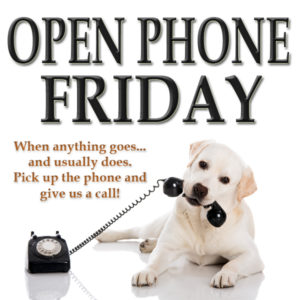 -Patrick describes how he does deep squats and why; he explains how doing them outside while being grounded to the Earth feels better than doing them inside

-Patrick talks about mold and getting rid of mold in the home; all sheetrock gets moldy; sheetrock made from magnacrete does not mold

-Patrick shares a dream and ponders why he had a dream about scurvy. Atom Bergstrom shares some info on the disease:

Scurvy occurs when eating less than 10 milligrams of vitamin C a day for over a month (for most people, but not all).

One orange contains over 50 milligrams of vitamin C.All “natural” vitamin C sold as a supplement is manufactured by GMO E. coli.

-We discuss the Monero cryptocurrency

-Is a slight leg shake an indication of a dry colon?

-He memorialize Andrew Gause; he left us about a year ago

-Are things setting up for a financial crash? Everyone seems to think so, even the mainstream sites

-Patrick addresses man made global warming and the exploitation of  Greta Thunberg; he talks about global politics quite about

-John calls in to further the political conversation

-Does fracking have a future? Patrick doesn’t think so

-A listener calls in to tells us that she’s been giving her husband hydrogen water and now he can’t keep his hands off her and they are both in their 70s ;-)

-How much does the Treasury take in from taxes each year?

-Here’s a good documentary on the happenings in the Ukraine

-We’re received some really nice feedback on our interview with Marc Friedrich; if you missed it, check it out here

-Concerning castor oil, check out this book available thru Amazon: Edgar Cayce and the Palma Christi: A Study of the Use of Castor Oil Packs as Suggested Through the Unconscious Mind of Edgar Cayce and as Observed in Cases Followed in the Practice of General Medicine

A sage piece of advice from a listener: The only way to kill the beast is to stop feeding it. This can be done is so many ways. Don’t support entities that do not support your well-being. Live small. Live as anonymously or below the radar, as much possible. Reduce income. Support people and entities that support your well being. It feels good and it is good.

Open Phones and Emails as it takes a long time to get young with You, Doodle and Patrick, January 17, 2020 ONE

Open Phones and Emails as it takes a long time to get young with You, Doodle and Patrick, January 17, 2020 TWO