Patrick talks with listeners and ponders emailed questions from the audience. Call in and participate; we’d love to hear from you!

-Detoxing with sodium thiosulphate and the liver/gallbladder flush

-Parasites that affect sleep; Patrick’s getting closer to figuring out which parasites are in his gut

-Dee calls in from CA, she has been having a parasite problem also. Did she get them from handling too much horse manure? She shares her strategy for getting rid of them.

-Jim calls in to further the conversation on parasites. He tells us about something found in his cat’s lung which might be a lungworm

-Patrick, the sulfur man calls in to tells us how animals benefit from sulfur and how those that take it have less ticks and fleas. It’s worth a try and seems like a reasonable alternative to the poisons in flea and tick medicines

-Does anyone know anything about quark? Please leave a comment below

-Andre calls in to see how Patrick has enjoyed soaking and fermenting his oats. Why are we having so many issues with grains? He shares some ideas on how to cook rice and his ideas about GMO’s. 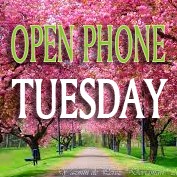