Author of The Physics of Nothing

James Owen Weatherall’s previous book, The Physics of Wall Street, was a New York Times best-seller and named one of Physics Today’s five most intriguing books of 2013. In his newest volume, he takes on a fundamental concept of modern physics: nothing. The physics of stuff—protons, neutrons, electrons, and even quarks and gluons—is at least somewhat familiar to most of us. But what about the physics of nothing? Isaac Newton thought of empty space as nothingness extended in all directions, a kind of theater in which physics could unfold. But both quantum theory and relativity tell us that Newton’s picture can’t be right. Nothing, it turns out, is an awful lot like something, with a structure and properties every bit as complex and mysterious as matter. In his signature lively prose, Weatherall explores the very nature of empty space—and solidifies his reputation as a science writer to watch. 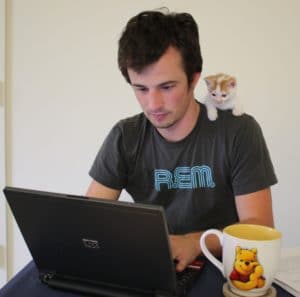 prof james weatherall on the physics of nothing, january 24, 2017

'James Owen Weatherall – Author of The Physics of Nothing – January 23, 2017' has no comments