“We live in an electric world. Our cities are visible from space at night, blazing with electric lights. The electricity courses invisibly in the darkness over great distances along thin power lines. We find electricity indispensable. Nature does the same since all matter is electrical. Yet astronomy is stuck in the gas-light era, unable to see that stars are simply electric lights strung along invisible cosmic power lines that are detectable by their magnetic fields and radio noise.
It is now a century since the Norwegian genius Kristian Birkeland proved that the phenomenal ‘northern lights’ or aurora borealis is an earthly connection with the electrical Sun. Later, Hannes Alfvén the Swedish Nobel Prize winning physicist, with a background in electrical engineering and experience of the northern lights, drew the solar circuit. It is no coincidence that Scandinavian scientists led the way in showing that we live in an Electric Universe.
Why have they been ignored? The answer may be found in the inertia of prior beliefs and the failure of our educational institutions. We humans are better storytellers than scientists. We see the universe through the filter of tales we are told in childhood and our education systems reward those who can best repeat them. Dissent is discouraged so that many of the brightest intellects become bored and drop out. The history of science is sanitized to ignore the great controversies of the past, which were generally ‘won’ by a vote instead of reasoned debate. Today NASA does science by press release and investigative journalism is severely inhibited. And narrow experts who never left school do their glossy media ‘show and tell,’ keeping the public in the dark in this ‘dark age’ of science. It is often said, “extraordinary claims require extraordinary proof.” History shows otherwise that entrenched paradigms resist extraordinary disproof.”
– Wal Thornhill

-Gravity exists, but we don’t understand it; opening the mind to new theories of creation and existence

-The work ofVelikovsky and Newton’s concept of gravity

-How Stephen Hawking and other physicists are off base in regards to the universe; the same paradigm is taught over and over and accepted as truth; Wal talks about legends and stories of the ancients, which do support his theories

-How does Wal’s theory of the electric universe affect us? 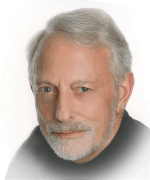