Dr. Frank Sommers treated soldiers in Afghanistan as the deployed military psychiatrist at Kandahar Airfield (KAF). He developed and utilized a 5 Step ‘Stress Immunization’ program which has proven to be an effective natural method for relaxing, focusing and channeling the power of the mind, allowing soldiers to go into harm’s way and still maximize their ability to carry out their mission.

His book Lose Weight, Stop Stress and Make Better Love: 5 Easy Steps by Training Your Brain, captures the mindfulness techniques that he developed to help soldiers deal with the stress they faced in life-threatening situations and translates them into methods that can be used with success in those crucial stress-laden areas of our everyday lives which are most troublesome: weight loss, bad habits, substance abuse, work stress, and relationships; even the sex we have with those we love.

“It’s not stress that kills us; it is our reaction to it. The past is a primary source of anger and the future is a primary source of stress,” Dr. Sommers says.“We live in the present, in the ‘here and now’ and the key to controlling what happens to us is to successfully relax and calmly assess the choices we must make”. 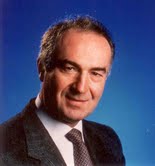 Frank G. Sommers, MD is a Fellow, Royal College of Physicians of Canada and a Distinguished Fellow, American Psychiatric Association. He has over 35 years of experience in the Private Practice of Psychiatry, with a sub-specialty of Sexology, since 1975.

He is the author of numerous articles on psychiatry, and sexology.

He has served in the Armed Forces Reserves. He was an invited speaker at the United Nations in New York and a founding member of the World Association of Sexology (WAS) (World Association for Sexual Health) in Rome in 1978. He has been an active, elected member of its Advisory Committee, Sexual Rights Sub-committee, and the Scientific Committee. He initiated and with Dr. Harold Lief, former Vice President of the WAS, organized the ‘Human Sexuality and AIDS’ international workshop held in 1989 in Toronto, under the sponsorship of the WHO, the WAS, and the Government of Canada.

He lives and practices in Toronto, Ontario.