The Mystery of Consciousness

Anthony Peake is a writer who deals with borderline areas of human consciousness. His first book, Is There Life After Death? was published in 2006 and since then he has gone on to develop his own ideas together with exploring the latest areas of research in his field. His fourth book, Making Sense of Near-Death Experiences, is a collaborative effort with some of the world’s leading authorities on the near death phenomenon. He was very honoured to be asked to be one of the editors as well as contributing a chapter. His seventh book, A Life of Philip K Dick The Man Who Remembered the Future, is a departure from his previous works in that it is a mixture of biography, literary criticism and psychological/neurological analysis.

-Out of body experiences: You’re actually having an intramatic experience

-External reality is the illusion

-Are we actually living within a huge computer simulation?

-Do we die or just fall out of time?

-The Multiverse: Where everything that can happen will happen

-Does heaven exist? Of course it does

and so much more! This is an incredibly interesting show. 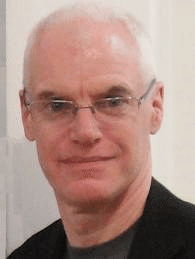 'Anthony Peake -The Mystery of Consciousness and the Illusion of Physical Reality; What Is Reality? – April 17, 2014' have 3 comments