Hollywood Actress, Spiritual Healer and Author of Bright Light:Spiritual Lessons From A Life In Acting

Hollywood actress and star of the film E.T. shares spiritual wisdom learned from a life in acting

Like all of us, Dee Wallace came in as a bright shiny light, and she knew from the beginning that her soul quest was to keep that light shining and share it with others.

Bright Light is an autobiographical tale of how the actor’s craft became a spiritual journey for her, and how she applied those lessons to her life. It is also a story of Everyman: how we lose our light and steps we can take to reclaim it. For Dee Wallace has discovered, like her co-star E.T., that the journey home comes from following the heart’s lead. 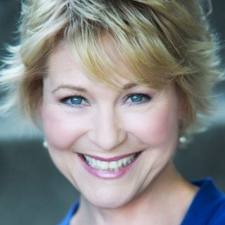 As a much sought after public speaker, Dee has spoken at numerous national and international venues including the Love and Harmony Forum in Tokyo, Japan; The Dillion Lecture Series, Unity Temple, Cornerstone Foundation, and the Kansas Film Commission in Kansas; The Sally Johnson Studio in New York; Spiritworks; The Sierra Madre WomenÃ­s Club; Energetic Healing seminars throughout England; and her own healing and teaching seminars throughout the United States. Dee has appeared on every major news and talk show and has been featured on E! True Hollywood Stories, Oprah and The O’Reilly Factor. On a weekly basis, Dee conducts numerous private healing sessions at her office in Woodland Hills, California.

As an author, Dee has written a book devoted to the art of self-healing. She conducts monthly workshops to introduce people to the healing techniques outlined in her book, Conscious Creation.

In addition to her ongoing work with fellow actors as an acting teacher and mentor, Dee devotes all her extra time to her beautiful daughter Gabrielle.

'Dee Wallace – Hollywood Actress, Spiritual Healer and Author of Bright Light:Spiritual Lessons From A Life In Acting – July 5, 2011' has no comments